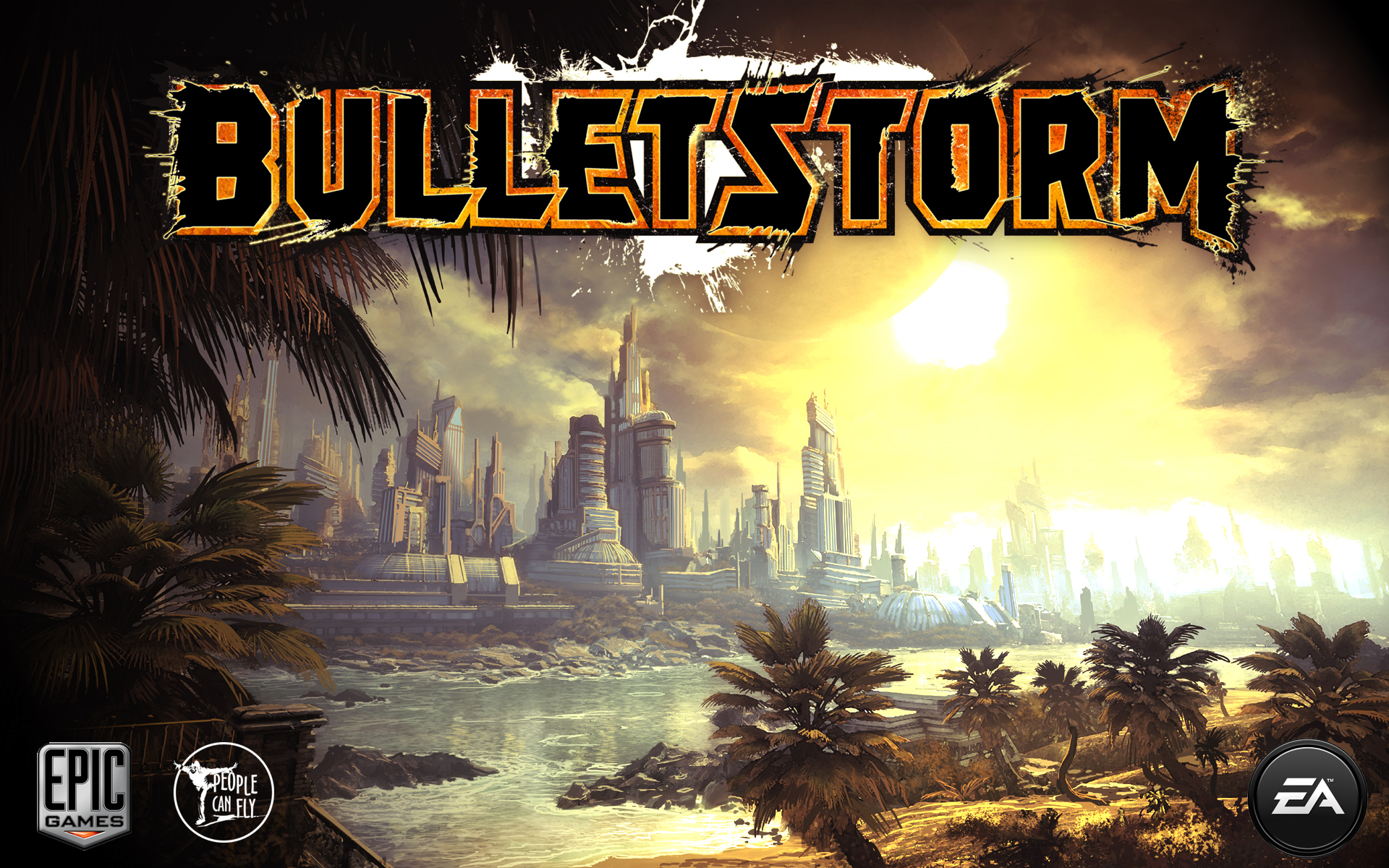 People Can Fly and Epic Games released their first DLC Pack for Bulletstorm, entitled “Guns Sonata Pack,” on April 12, 2011. It contains five new maps, two are playable in Echoes Mode, and the other three are playable in Anarchy Mode. In addition to the five new maps, new skill shots for each map and two new leash colors are added as well – Pulp and Flamingo. The DLC Pack is 441.48 MB on the Xbox 360, and 461 MB on the PS3. It costs 800 Microsoft Points/$9.99.

You may see the watermark for the website HXCFPS.COM. I own and run this website. I watermarked all my images and videos with my website’s URL to prevent theft. 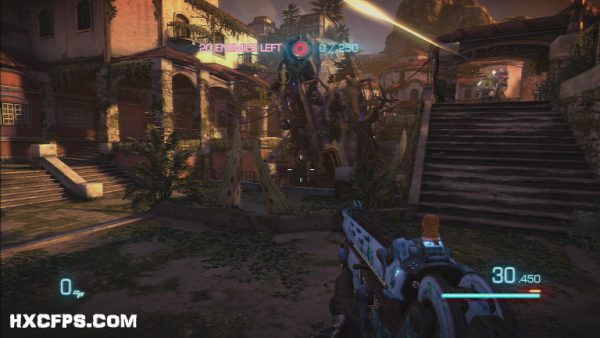 Bus Stop
Splatter an enemy into the bus in the middle of the map.

Dung
Leash the bell to instantly kill any enemy within the area. 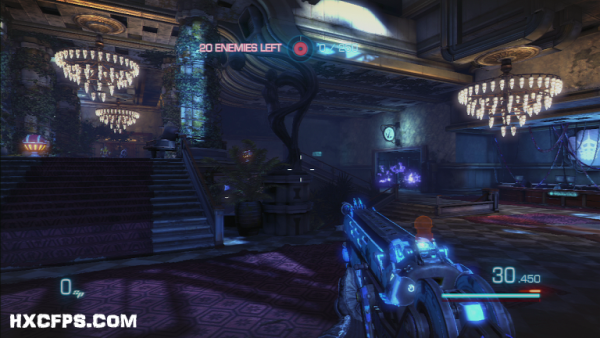 New Skill Shots:
Die-Arrhea
Send an enemy to the toilet.

Fanny Hack
Give an enemy a painful ride through one of the fans.

Sharded
Smash an enemy into the plate glass windows. 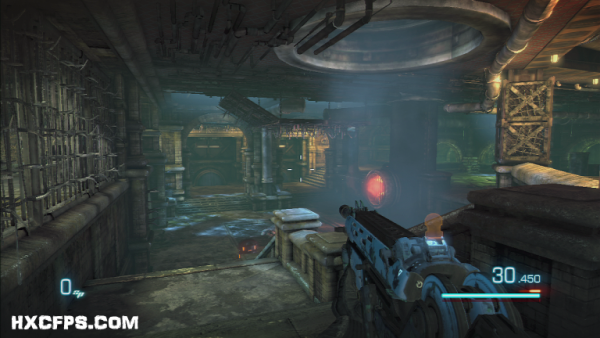 Bidet
Smear an enemy all over the ceiling with the fecal geyser.

5 New Achievements and Trophies were added to Bulletstorm in the Gun Sonata DLC. The Achievements are worth a total of 125G. The Trophies include 1 Gold, 1 Bronze, and 2 Silver.

Heart Attack (40G/Gold)
Kill a Boss using the Hot Dog cart in the Hotel Elysium map
The bosses are the big guys with bouncers, drillers, or mini guns. Hurt them enough so they drop down. Then kick or shoot a hot dog cart near them to kill them.

Bell End (10G/Bronze)
Kill 5 enemies at the same time using “Dung” in the Villa map
This one can be kind of tough since only 4 enemies surround you most of the time. Wait for 5 to come near and leash the bell on the map to kill all of them in one shot.

Extinguisher (20G/Silver)
In the Sewer map Kill 5 enemies in 1 wave by setting them on fire then extinguishing them.
In the middle of the map is a pipe with fire. Leash the side wheels to make the fire fly out towards the middle of the map. Do not stand in the fire, it will hurt you! Get an enemy inside the fire, then kick them into the green water at the end of the fire ball. Do this to five enemies in one wave to earn this achievement/trophy.