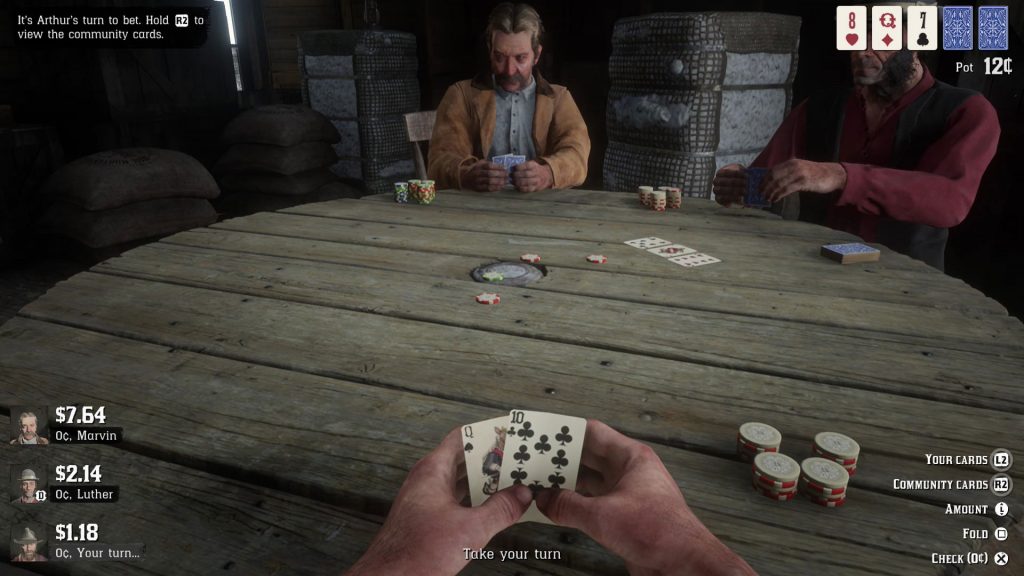 Learn how to play some of the popular mini-games in Red Dead Redemption 2. Guest Post by Poker.org

Some of the stellar titles in Rockstar Games’ repertoire include the iconic Grand Theft Auto series and standouts like LA Noir and Max Payne. But no in-game world can quite match up to the expanse that Red Dead Redemption 2 offers its players.

The Rockstar team didn’t disappoint with the game’s extensive world-building, Easter eggs, and side quests. And if you’re considering getting this particular open-world game, then you are sure to be entertained by the mini-games the developers have included!

Here is a brief guide to the mini-games in Red Dead Redemption 2 (RDR2).

A mini-game that is making a return from the first installment is Five Finger Fillet. Here, you’re set up with a single opponent and two objectives: to move a knife around your fingers without stabbing yourself and to beat your opponent’s time. You can place bets in the game and try to win the best out of three, but do keep in mind that although it starts easy, the game gets more difficult the longer you play.

Deceivingly simple, dominoes is described by the Universities at Shady Grove as a game that requires quick calculations and strategies. The mini-game is new to the Red Dead Redemption series, and you can play it with friends at base camp.

It follows the same simple rules: Dominoes can only be placed next to another that shares the same number while preventing your opponents from placing their pieces on the table. But if you’re in the mood for a quick mini-game, then best choose something else, because scoring points playing dominoes can take up quite some time. Depending on how difficult your opponent is, you can spend anywhere between 30 minutes to an hour playing this particular mini game.

While players can play poker at several locations throughout the game, such as Valentine & St. Denis, you’ll likely come across the game in one of the earlier main story missions in Chapter 2, entitled “Who Is Not Without Sin.” After walking into Flatneck Station to find Reverend Swanson, you take your place at the table and begin a round of poker.

The particular round you first play will be rigged in your favor, and you will always draw a Queen and a 10 for your first hand, while your opponent will draw a queen and a jack. You’re drawing a High Card in this case, which is the weakest among the 10 possible poker hands. This is also the most statistically probable hand you can get, with a 50% probability in every game. Though your opponent has drawn a QJ, you still have the advantage with the stronger kicker (a Q over a J). The community cards will also be a Q and a 10, making your hand a two-pair of QQ and TT — enough to beat your opponent’s QJ.

However, this is the only time that poker will be rigged in the game. Succeeding poker games you play in RDR2 will depend on the random hands you’re dealt, just like in real poker games.

Below is a quick list of poker hands from best to worst. To view a more in-depth breakdown with probabilities and possible combinations , see Poker.org’s poker hands ranking chart.

The principle behind blackjack is simple, which is to receive cards until you hit the magic total of 21 or as close to that number as possible in an attempt to beat the dealer. Numbered cards are worth their number, obviously. A Jack, Queen, or King are worth 10 points a piece. An Ace is worth either 1 point or 10 points. The key to winning blackjack in RDR2 and in real life is to start slow until you get the hang of the game. It’s also best not to risk getting another card if your number is already close to 21, especially if you have a lot to risk on the table.

The sheer number of games in RDR2 may feel overwhelming, but it just goes to show how high they’ve set the bar for other games to offer the most complete experience to players. So whether you’re playing simple puzzle games that match shapes, like HuniePop — complete Strategy Guide available here on hXcHector.com, or more complex card games, remember to keep all the game’s elements in mind and pick what has the most to offer.