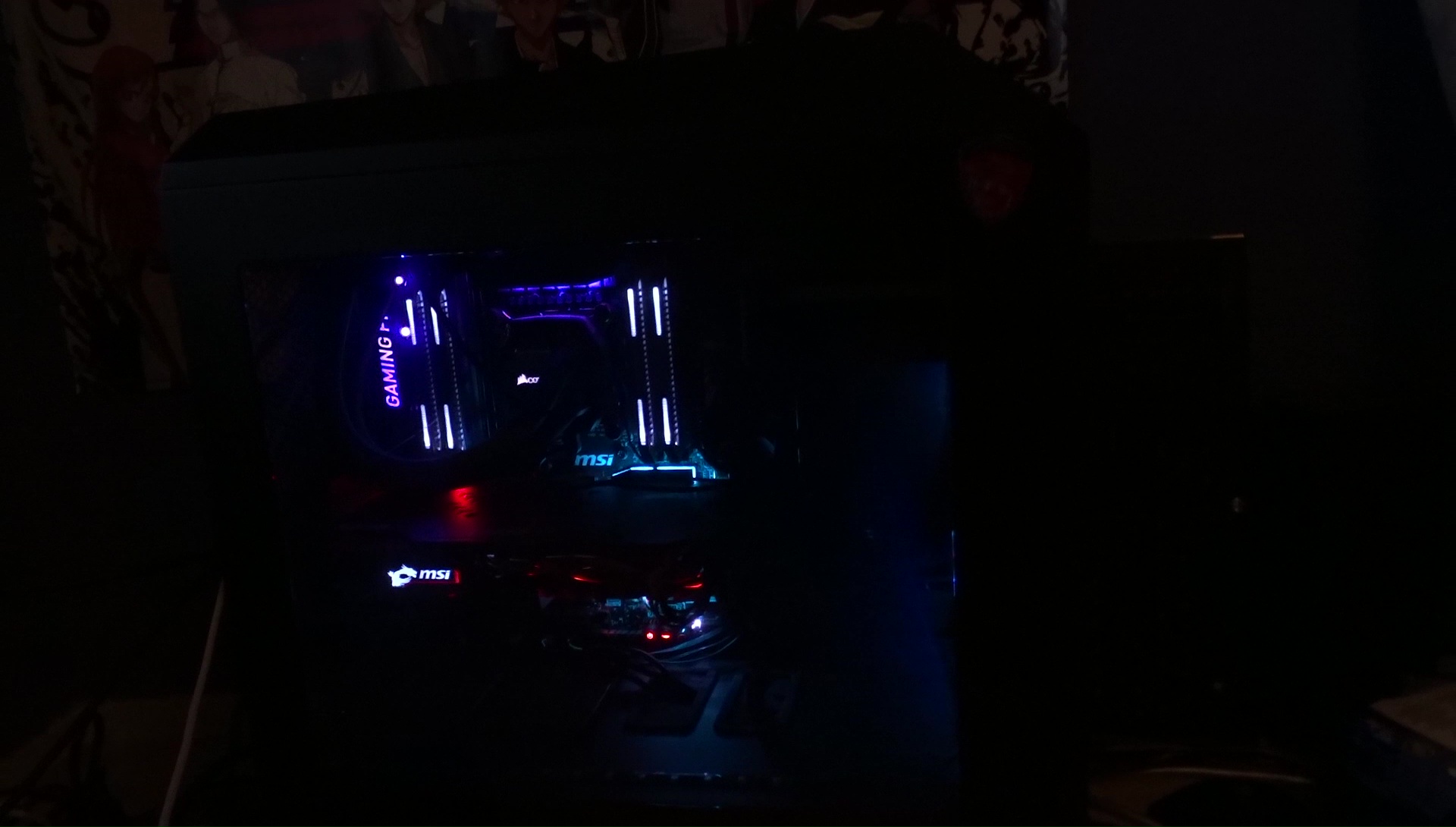 It’s time to make a major upgrade to my PC.

In early 2013 I built my very first computer. It was pretty good for the price point, but I felt some parts were too cheap. A few months later, I decided to upgrade the computer here and there. An upgrade that lasted for three years. My PC was using the following:

I did a massive upgrade to something that really isn’t necessary for gamers. Hell, it’s not even necessary for the average video editor. However, I do some crazy video editing from time to time, and I want to make sure nothing is bottle-necked for my gaming rig. My new set up is the following:

I originally meant to keep more parts than I ended up with, but I made the choice to switch even more. The only parts that were left included the optical disc drive, the HDD, and the power supply. The power supply is far too good to switch up. It’s even sort of overkill now because I was originally planning an AMD build three years ago with a huge GPU that sucked out a ton of power. The AMD CPU used quite a bit of power too.

The AMD CPU is still good for gaming and video editing, and the motherboard is probably the best available for that CPU. I believe that’s the only AMD AM3+ socket motherboard that has PCIe 3.0 slots, which is necessary to use the GPU to its full potential. However, I needed to make the switch to Intel for the future, to speed up my video editing, and to not worry about gaming and streaming. I was going back and forth between the 5820K and 6800K since they were around the same price and performance. The 6800K is more recent, but $50 more, and the 5820K seemed to overclock and get better benchmark performances. I ended up buying an opened 5820K that was supposedly brand new and saving even more money instead of going with a 6800K.

The new motherboard isn’t anything special, other than having some really awesome RGB lightning and the USB-C connector. Because of the new CPU and motherboard, I had to get new DDR4 RAM. I was originally going to get some basic Corsair Vengeance LED RAM, but I came across these limited edition Corsair Dominator Platinum sticks that reflected the RGB lightning beautifully. It also came with a pre-installed white light bar. These were definitely unnecessary in both speed and capacity, but the aesthetic was too great. I shouldn’t have to worry about RAM for a long time either now.

The chassis wasn’t a necessary upgrade, but I was getting a bit tired of my huge full tower case and the basic red lightning. I wanted a mid tower case that was aesthetically pleasing and had the newer USB-C port. The Cooler Master Master Case Maker 5 is also modular, meaning parts can be switched out on it for the future, and the large side panel allows everyone to see the RGB lightning from the motherboard.

The CPU cooler wasn’t a necessary upgrade either, but I was planning on selling my older PC to a friend, and I wanted to make sure the AMD CPU was cooled enough. So I upgraded to something bigger and better, the Corsair H100i V2. This cooler has a LED on the water block which can be set to any color, or can be set to white by default and red when getting too hot. I kept it white alongside the corsair RAM while the rest of the system is RGB.

I also got a new boot drive so I could keep Windows on the last PC for my friend. I also wanted more space. The 1 TB SSD was about the same price as the 500 GB SSD from three years ago, and SSDs are highly recommended for all gamers and video editors these days.

Now when it comes to the GPU, the GTX 780 is definitely far from bad, but it is falling behind a tiny bit. It can still max out a lot of recent games at 1080p, but don’t even think about using it for 4K gaming. Since I bought a cheap 4K TV during Black Friday, I decided to upgrade my GPU to the GTX 1080 during the sales. I’m now doing 4K 60 fps on a number of games, and I have DirectX 12 capabilities! Believe it or not, the GPU even has RGB lightning! I set it to the default white for the dragon and MSI logo with red around the base.

So far I’m very happy with my upgraded system. I have no idea when I’ll do another upgrade, but I’ll probably just switch out the GPUs in the future. I’ll only switch out the CPU if it can fit in the same VGA 2011-v3 socket. There are some great Intel CPUs that can fit in that socket, but they cost an arm and a leg.