Yuru Yuri is a hysterical, 12 episode anime based off the manga with the same name (ゆるゆり Yuru Yuri), and can be found on Blu Ray under the title “Yuru Yuri Happy Go Lily.” Most people praise an anime for its story, characters, or even music. Well, this anime has virtually no story, so I’ll skip the synopsis and give more info under the general review section. Let’s break it down piece by piece.

The art style of Yuru Yuri is pretty decent. Most of the time it’s rather standard — nothing special other than the clear visuals most people are used to in anime these days. 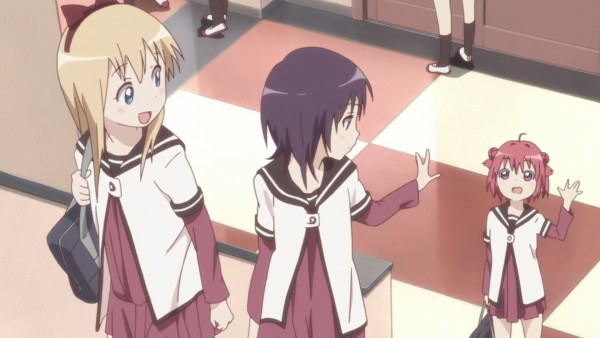 Other times the artists decide to go really crazy with some of the characters’ expressions. Now, this isn’t anything new in anime, but the extra emphasis on crazy faces and emotions fit perfectly with the comedic style found in Yuru Yuri. 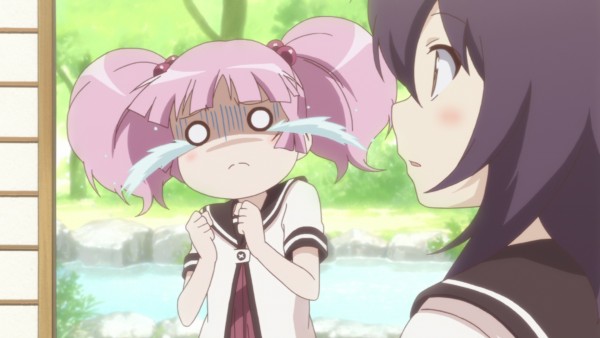 The music isn’t really anything special. Most of it is rather bouncy and fun, like the TV show itself. Each track is mainly background music to fit whatever atmosphere is in the scene.

At this time, Yuru Yuri can only be purchased with Japanese audio. Even the Blu Ray with English subtitles only feature Japanese voice actors.

Each actor fits their roles perfectly and are not afraid to let loose. Other than two characters, there really aren’t any duplicate personalities. Each character has their own style and own tempo that seems to fit incredibly nicely in the grand scheme of things. 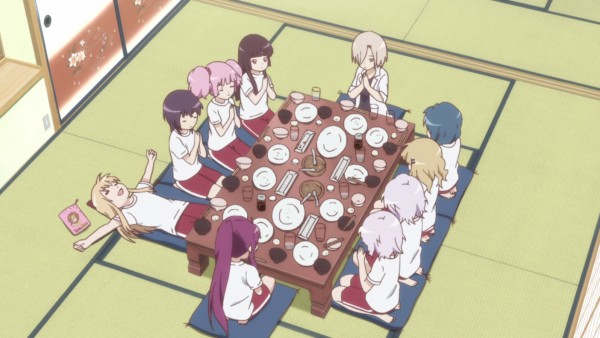 Yuru Yuri follows the lives of several middle school girls. A story sort of began in the first two episodes between the newly formed Amusement Club and the Student Council, but that story didn’t extend into the third episode. This anime is more of a sitcom than anything. Each episode may give a little personality to each character, but there isn’t any real story, only crazy events that happen at the beginning of an episode and complete by the end.

This anime mainly revolves around seven middle school girls, but more characters are introduced as things go on. Unusually, there are absolutely no men in the entire series, with the exception of a father showing up for about half a second in one scene. 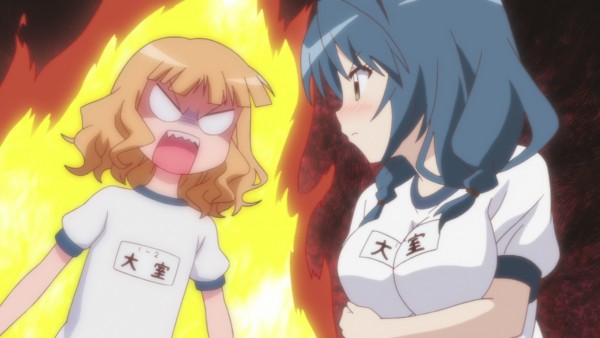 Since there are no boys, some love interests develop between a few of the girls. Some may find the slightly sexual love fantasies a bit uncomfortable since they involve middle school girls, but it’s all in good fun and usually have comedic outcomes. 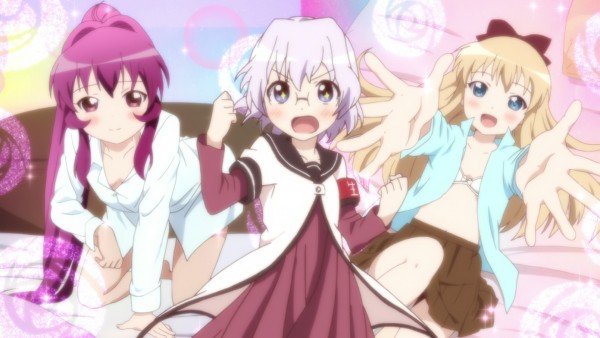 After watching this show, I can say Yuru Yuri is now my favorite anime that has zero story! It is absolutely hilarious and pretty much any episode can be started and enjoyed. The only exception is the first and second episodes which had a little feud between the Amusement Club and the Student Council. That story lasted two episodes instead of the usual one.

Now, some of the slightly sexual fantasy scenes may weird some people out given the ages of these girls, but if you can look past that and enjoy the humor, anyone will love this anime! I highly recommend it to everyone.