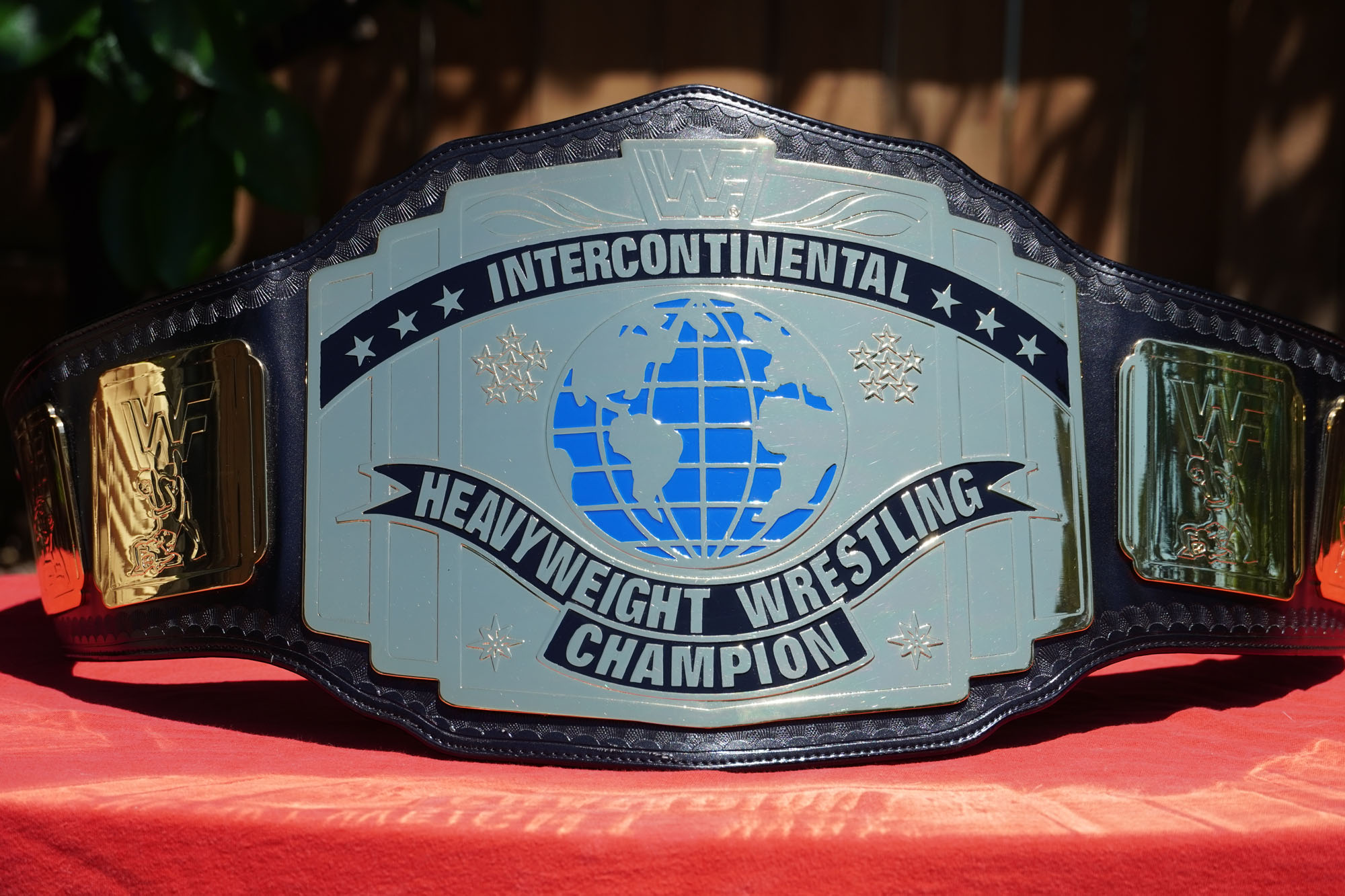 The classic WWF Intercontinental Championship replica by Figures Toy Co is simple yet legendary. See all the detail up close here.

They say the belt doesn’t make the wrestler, but the wrestler makes the belt. This is evident with the famous classic WWF Intercontinental Heavyweight Championship. Held by greats such as “The Macho Man” Randy Savage, Ricky “The Dragon” Steamboat, Razor Ramon, Bret Hart, The Rock, and Stone Cold Steve Austin. Even the longest reigning IC Champion, The Honky Tonk Man, held this design throughout his entire reign.

The classic Intercontinental Championship has five base plates and one sixth plate that says “WWF Intercontinental” on the right side of the strap. All plates are gold colored, 2mm thick, and have a mirror shine to them. Some classic IC championships have a belt tip, but this particular belt did not come with one.

The top of the main plate has the WWF logo at the top, with two designs etched on both sides. Below is a black banner with the word “INTERCONTINENTAL” in the middle of the banner between three gold stars on both sides (six stars total). A dark blue globe is in the middle of the main plate, and two sets of five stars are on both sides. Below the globe are two black banners. The first banner says “HEAVYWEIGHT WRESTLING” and the second banner says “CHAMPION.” Two eight-rayed stars are on both outer sides of the bottom banner.

The strap is a faux leather made of polyurethane. It has a shiny coating that has been shown to crack in the sun. A seashell tooling surrounds the five main plates, and both snap boxes have a faux leather tooling sewn on.

On the back of the strap is a patch with all the licensing information from the WWE and Figures Toy Company. It includes the year the replica was manufactured (mine was 2003), and includes a WWE holo sticker.

I love this belt because of the prestige it garnered from the 1980s to 1990s when Stone Cold Steve Austin broke his neck defending it against Owen Hart, which happened before throwing it in the river (Kayfabe) instead of handing it over to The Rock. The design is simple, and this replica is on the cheaper side, but the WWE Shop has released thicker, higher quality versions. The downsides are WWE logos replace WWF logos, and the plates are flat as opposed to having a bit of a curve that the Figures Toy Co replicas have. Collectors and old school fans might want to go with this old-school version as opposed to the newer ones, if they can afford them.