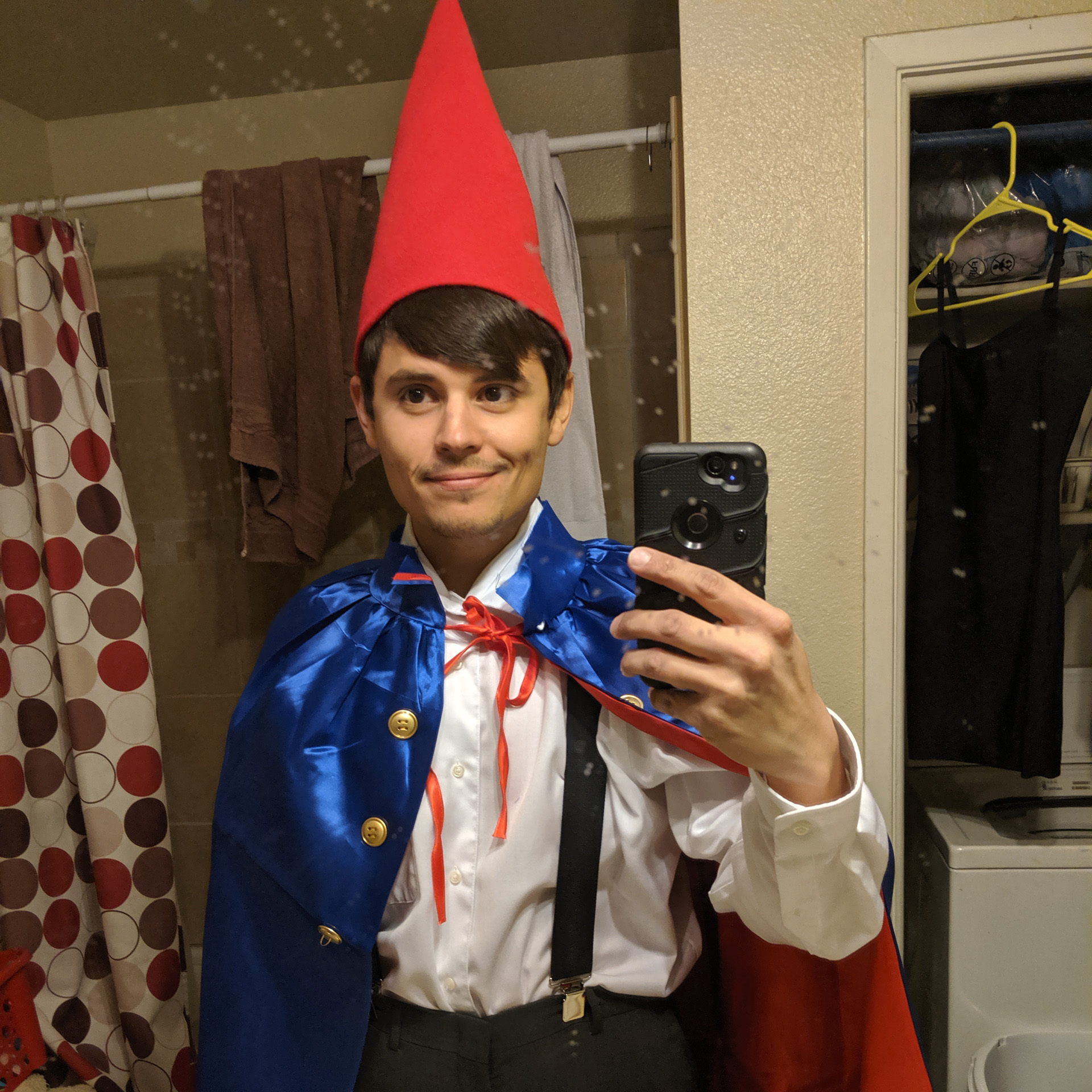 For Halloween 2019, I decided to cosplay as Wirt from Over the Garden Wall.

Over the Garden Wall is a fantastic cartoon mini series featuring big names such as Elijah Wood and Christopher Lloyd. Somehow I missed this 115 minute series until this year when my friend Amanda showed it to me on Hulu. I immediately fell in love with everything from Over the Garden Wall, and started thinking about how to pull off a Wirt cosplay. 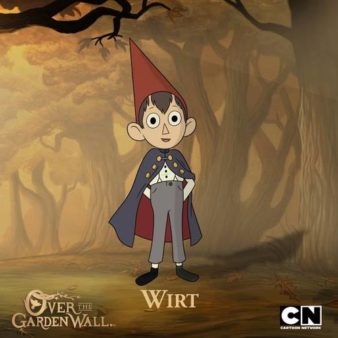 The base clothes are just grey slacks and and white, long sleeve button-up shirt. I had those in my closet for special occasions like weddings. Then I bought some suspenders with an X-back just as Wirt has. You don’t see Wirt’s back until the steamboat episode with the frogs. I bought some dockers suspenders off Amazon.

I looked all over for a decent quality wirt coat, but everything was from China and would take too long to reach me in time for Halloween. I decided to buy a blue and red cloak from Amazon. It was just the right length for a guy like me (177cm / 5’8″). I modified it by cutting off the hood with my fabric scissors, and then I had my niece sew on six gold buttons.

I do not like how the fabric is so shiny, and there is a red tie instead of a blue one. Other than that, I’m satisfied with the outcome given the short time frame and limited money. What do you all think? I thought about fully shaving, but I decided against it. I also thought about giving my nose a bit of red blush. 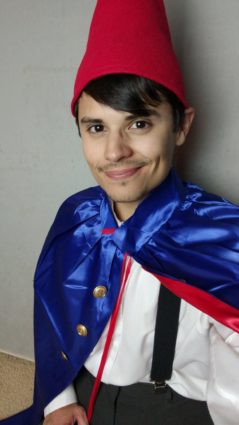 I also bought Over the Garden Wall on blu-ray. Unfortunately there is only Region B blu-ray on Amazon. Thankfully, my PS4 pro played the disc just fine! Use the links throughout the post to buy the items I bought from Amazon. If you use my links, I’ll get a small cut from it. It won’t cost you anything extra! The money will be used to keep my website up and running.