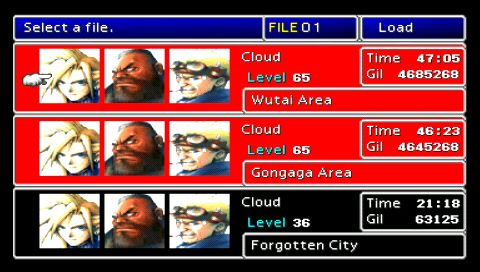 I’ve been thinking about video game length recently. What should developers do, and which types should you choose?

There are a ton of video games released every year, many of which become massively popular and are recommended to us by reviewers. The thing is, we don’t all have the time or money to play these games. I started thinking, is it better to have a video game that will take a long time to get through, or is it better to have shorter, casual games? Like most things in life, there is no simple answer.

What do I mean when I say short video games? I do not mean short phone games like Angry Birds, those games don’t require any effort to get into, and are more like instant satisfaction games. The short games I’m talking about have actual campaigns and stories, but only take about 7-11 hours to complete. By gaming standards, these games are considered short, and are usually reviewed down because of the short length. Just because a game isn’t massively long doesn’t mean the game is bad. People seem to forget the age-old saying, “Quality over quantity.” There are many games with great stories and / or great gameplay, even if their campaigns are about 10 hours long. At the same time, there are many games that go on for a very long time, only to be disappointing or to drag on. I believe a game can release with a short campaign (around 13 hours is fine), then add Downloadable Content (DLC) to supplement the story. On the other hand, you can save all the DLC story and put it towards a sequel. Many games these days pop out sequels without really trying. One of my biggest pet peeves is a game ending on a cliff hanger, meaning they expect to have a sequel even if one hasn’t been fully planned or accepted.

Downloadable Content should be handled very carefully. The most common complaint, and rightfully so, is paying for DLC that’s already on the game’s disc. You bought the game and the disc, but you have to pay more money at a later date to unlock content that has been there since the game’s release. Someone made a great metaphor for this, but I can’t remember who it was. He said something like, “On-Disc DLC is like buying a dinner and receiving it on a plate with your dessert covered in plastic wrap. The person serving your food won’t uncover the dessert unless you pay extra.”

Another option for shorter games is Multiplayer. However, multiplayer, like Downloadable Content, can be a very tricky thing. There are some games, mainly shooters, that have developers spending most of their time on multiplayer, which then makes their single player campaign seem cheap and unnecessary. Fans end up wanting them to drop single player all together to create a full multiplayer game, like Unreal Tournament. If you’ve played the third Unreal Tournament, you’d see they attempted to tack on a single player to their multiplayer game. The majority of the time it’s the other way around. There are games with great single player campaigns, but feel they need to tack on a multiplayer to keep their games alive while they take time to develop another. Those types of games usually add achievements and trophies that force you to try out their multiplayer, even if you don’t want to. Those are all bad ideas. Developers can spend some time creating a multiplayer on a single player heavy game, but they can’t expect people to play it, and they shouldn’t force anyone to play it. It also goes back to the issue of time. If you only have a small amount of time to play a game before picking up another, you won’t want to waste your time on some multiplayer for a game that shouldn’t have multiplayer.

When it comes to long games, we have massive RPGs like The Elder Scrolls, Fallout, and MMORPGs (Massive Multiplayer Online Role-Playing Game) which take around a hundred hours to “complete.” I put complete in quotation marks because those RPGs are meant to remain open. Even RPGs with actual endings – like Final Fantasy – usually take a minimum of 60 hours to complete. Granted, recent Final Fantasy games spend hours on cut scenes to tell the story. Those type of games are usually for a select crowds. I’d say the crowds are people who love stories, role-playing, or those who don’t have the money to blow on multiple games each year. If you don’t have the money to buy multiple games each year, you can buy one game and spend most of your time on it. Having little money is usually the reasoning behind multiplayer games as well. Little money and having fun with your friends are the main reasons why people love multiplayer. I must admit, I used to have a ton of fun playing Call of Duty’s multiplayer with friends. Once they stopped playing, I found the multiplayer to be extremely boring. Of course, the repetition made Call of Duty boring as well. Read more about game repetition in the article HERE .

As you can see, there are many things to consider when looking at video game length. What you should choose, and what developers should do. As mentioned, there are a few things developers could do to not waste our time. The main problem I have is finding the time to play all these great games.