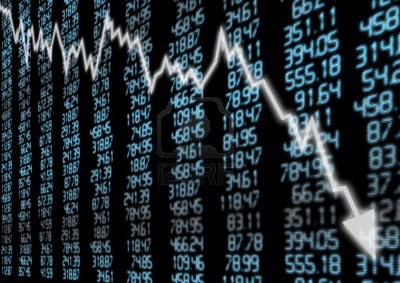 More and more games pop out sequels each and every year. Is that really a good idea?

These days, companies want to make the most money out of their franchises, even if it means a short life of the franchise. They will release a new version every year, plus add Downloadable Content (DLC) after the game has been released. You may say it’s the company’s job to make as much money as possible, but I believe they’re taking a big risk by doing this. It seems publishers make money off of developer’s content, but they milk the franchise until the developer is left with nothing. The publisher keeps going, but the developer is usually left dead on the side of the road. Well, they probably have a nice chunk of money themselves. Now, I’m not putting all the blame on the publisher, seeing as how the developer made the decision to work under the publisher to get more funding. Still, it’s a bad plan that leaves us, the people who buy the games, with the short end of the stick. Lets go a bit deeper into this fight.

These days, it would seem game companies are forcing us to choose one game over others to devote all our time on. Then, they release a game each year to keep us on one franchise at a time. Again, you may say that’s their main objective, but this hurts overall game sales, which may leave us with few options for new game directions and real competition. Not only is that a bad idea for competing games from different publishers, but it’s a bad idea for competing games from the same publisher. A great example that I recently touched on is Medal of Honor and Battlefield. Both are from EA, but they are forced to compete with each other. Battlefield 3 is releasing multiple DLC packages over this and next year. Meanwhile, Medal of Honor Warfighter is set to release in October of this year. Two DLC packages for BF3 will be released closely around MOHW’s release date.That particular choice may be from the developers instead of the Publishers.

When it comes to Publishers, they’re usually the ones responsible for releasing video games every year. Doing this kills off or diminishes the interest in a franchise. Many people use well known Activision franchises as examples of why you shouldn’t release a game every year. Guitar Hero, Tony Hawk’s Pro Skater, and even Call of Duty were released every year. What was the result? The games had little innovation, became boring and repetitive, and ended up dying. The developers are pretty much gone, but the publisher still keeps going. Of course, Call of Duty is still raking in a ton of cash, but I would say it’s dying quickly.  Not even Call of Duty’s developers will state how many games they’ve sold. The only information they release is how much money they make for a particular game. We still don’t know how that relates to game sales because they slap their name on every thing possible and sell it at a high price. They even have special edition game packages that cost nearly twice as much as the actual game, and sometimes more! These packages usually include cheap products or things that wouldn’t cost the developer much, if any, money, like the ability to download content a week or so before everyone else. Call of Duty has reached its peak, and there’s no where to go but down.

Two other examples of releasing too many games too soon can be found at EA and Ubisoft. Tony Hawk’s Pro Skater was already a dying franchise when EA released Skate. It excited skate fans, and may have even put that final nail in the coffin for Tony Hawk’s Pro Skater. After the initial release, it released two more the two following years, but it ended up dying. You may say it’s because skateboarding is a dying genre, so lets take a look at a totally different franchise. Ubisoft’s Assassin Creed seemed to have come out of no where. It was a very interesting game with an even more interesting plot. Granted, the first game was a bit repetitive, but the sequel fixed the repetition and expanded the game. The following years they released another and another, not to mention the side games released on handhelds. The Assassin’s Creed universe is indeed very interesting, but releasing that many games so close to each other really kills the excitement and interest of the entire franchise.

All this is the definition of “flooding the market.” Choosing to release video games in such a short time frame may seem like a way to make money quickly, but it shortens the life of the franchise exponentially. Just like the old tortoise, slow and steady wins the race. The greatest franchises in the history of gaming take many years to make each game.