Combat in the Legend of Zelda Breath of the Wild is simple enough for any gamer to jump into. Hold the ZL button to lock Link’s sights on one enemy at a time, or swing your weapon and hit anything in the way. Use different weapons to inflict damage on enemies until the health bar over their head is depleted. That’s the basic idea of combat, but there’s a lot more techniques and abilities when fighting tough monsters.

Press the Y Button to perform a basic attack. Time your attacks just right to perform a chain attack. Chain attacks can cause an enemy to drop their guard, leaving them open for further damage.

A weapon can also be thrown by holding and releasing the R button. Throwing a weapon will cause quite a bit of damage to both the equipment and anything it hits. All weapons have a set durability, and once they break they will cause critical damage. This is the same damage that occurs when an enemy is struck in the head or eye with a bow and arrow. Critical hits not only cause 2x damage, but they stun an enemy and cause them to drop their weapon. 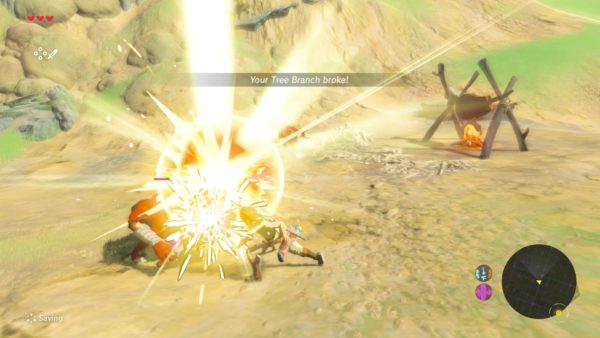 Press ZR to instantly switch to the bow. The equipped bow can be instantly switched with the equipped melee weapon by pressing Y. Bows and arrows are best for long-range combat, but boomerangs can work too by throwing and catching them. 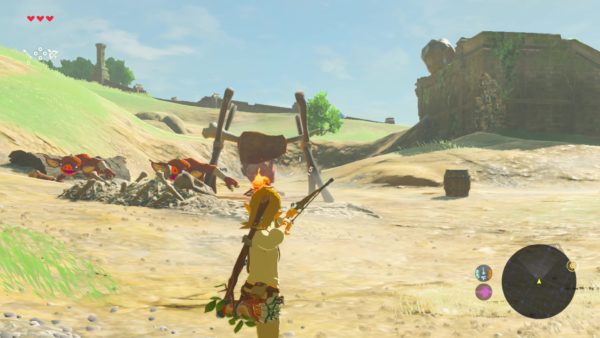 While locked onto an enemy (Hold the ZL Button), additional techniques can be used. Press X and hold a direction just before an enemy strikes to dodge their attack. If the dodge is timed just right, a fury attack can be unleashed on the target.

Press A while holding a shield to attempt a perfect guard. Use this to temporarily drop an enemy’s guard. A perfect guard can also be used to send a Guardian’s beam right back at them. While holding a shield, press A just before a Guardian’s beam hits Link. The reflected beam will cause massive damage, which will instantly destroy machines that are stationary and slightly demolished.

If fighting isn’t your thing, you can always sneak around by pressing the right stick. Sneaking will help Link avoid any unnecessary battles. Additionally, if Link sneaks all the way up to a monster, he can perform a “sneakstrike” with his melee weapon, dealing a critical hit and stunning them in the process. 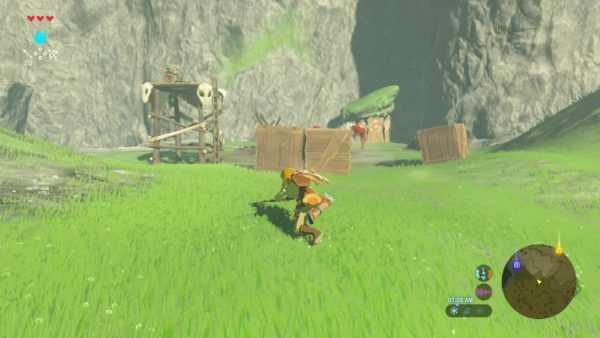 Three different elements are tied to additional status effects in combat. These effects can be inflicted upon both Link and his enemies, and can even help create new materials.

Additional stat boosts and effects can be placed on Link for a short time by consuming food or elixirs. Unfortunately, only one special effect can be active at a time after eating a meal, but extra hearts and extra stamina can be added in addition to one other effect. Effects from meals can range in three levels of strength. One to three icons will be placed next to the hearts on each meal or elixir, showing the additional effect and the amount of time in the real world that these effects will last. 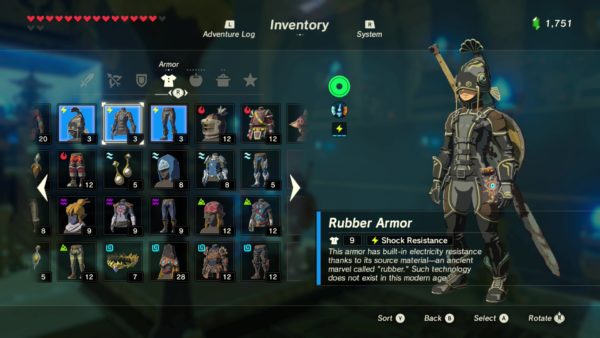 Armor and jewelry can add similar stat boosts to Link while the gear is equipped. Three pieces of gear can be mixed and matched, but a complete set of armor must be worn to get the best set bonuses.