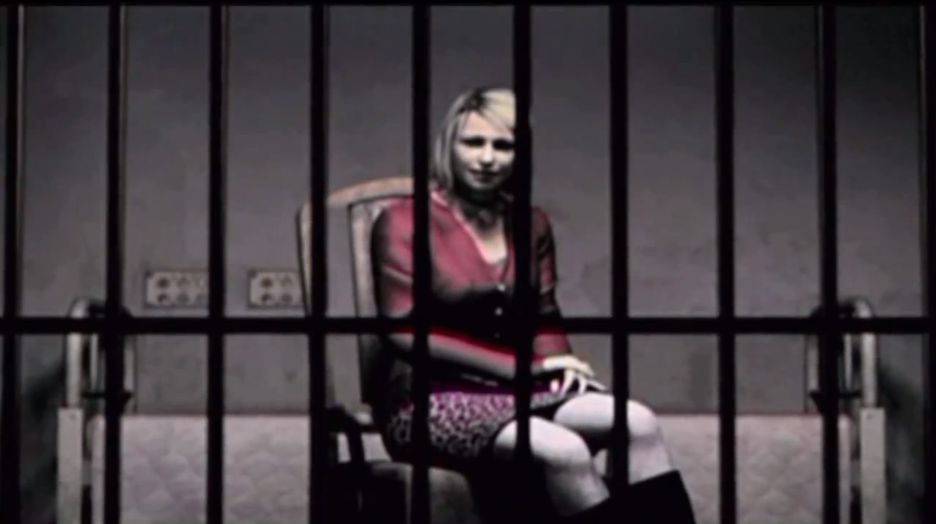 What makes video games and movies scary? Here’s my thoughts. Come share your own!

We’re half way through my favorite time of the year! I just had to write a blog post on something scary. Last year I listed the Perfect Games for Halloween, and those haven’t changed since then. This year I wanted to go more in-depth with a spooky topic. So lets delve into the details on what makes video games and movies scary. Better yet, what makes a great horror.

First off, let me warn everyone right off the bat: I am not going to go into a super-scientific argument over what’s scary and what’s not. This is more of a conversation-type post over horror. This all comes from my own thoughts and experience over the years with horror in entertainment. If you want a more scientific explanation, see this cool video from Vsauce.

Lets start off slow with the visuals. Unfortunately, this is where a lot of movies and games fail at horror because they try too hard with their environment. Yes, you can go full on like Silent Hill to create a really freaky alternate universe environment, but that’s not needed! So many real world areas work have the perfect eerie feel to them. The things you need to keep in mind when creating a scary environment is low light, dirty areas, and little activity. Old buildings or areas usually work great. If the place is all rundown and dirty, it’s usually a bit more freaky. Of course, forests work great too because that leaves the characters out in the open and susceptible to all forms of danger. It’s still dark and technically dirty, but I think the open nature is the worst part of it. I personally love when video games or movies take you to old, worn down buildings with rust colors and almost no lighting. Visiting an extremely old, rundown hospital is a perfect example for a creepy atmosphere. 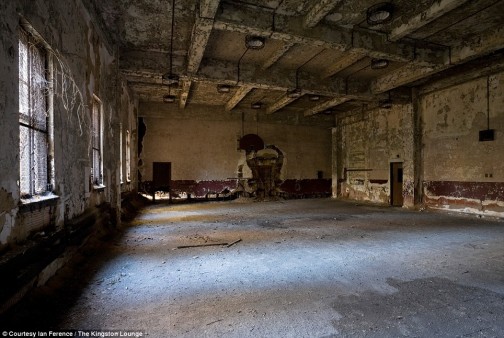 Now when it comes to the actual objects or monsters that are supposed to be scary in movies and video games, the things that scare people the most are what they can’t see. It is incredibly hard to come up with something that will appear in a movie or game all the time and remain scary, especially for teens and adults. Some may say the mask of Michael Myers is still scary to them, and it may be, but most of the movie you feel suspense instead of fear. The things that really frighten you are the things you only see for an instant.

On the subject of the main monsters of horror movies, if you want something that’s truly scary, you need something that’s pretty much invincible. If you have a regular person as a murderer, most people get upset when the victims run away. They’re always screaming, “Just shoot the motherfucker!” or something of that nature. If you’re facing something that doesn’t seem like it can be killed, or is a lot stronger than the victim, then it makes for a freakier movie.

When it comes to games, you obviously don’t want an invincible bad guy, but you do need a very strong opponent. If you’re worried about something killing you when all you have is a lead pipe, you definitely feel the pressure. Those who have played Silent Hill 2 may still remember running for your life from Pyramid Head down the narrow hallway. But lets talk about the weapons in horror games for a second. If you have a fully automatic rifle with a ton of ammo, its a bit tough for the game to be scary. For a horror game to succeed in the horror genre, you need very limited ammo or only melee weapons. I feel the video game Condemned: Criminal Origins has the perfect fighting system. You can pick up a melee weapon from all over the room and use it until it breaks. If you find a firearm, you can only use the ammo that’s inside the weapon. Once the weapon is out of ammo, you can use it as a melee weapon until you find another.

When it comes to the audio of a horror movie or game, the less you have, the better and creepier it is. It is true there are a few great horror theme songs out there, but they don’t really scare you. Just like with the villain that’s always shown, you’re more anxious or in suspense than frightened. In my opinion, the best thing to do is to have no music what so ever for the huge majority of the movie or game, and only add environmental sounds like wind and rain. Even high-budget movies know to cut the music to build tension, but then they blow it on a cheap jump scare with extremely loud music or sound effects.

I’m not saying music shouldn’t ever be used in horror. There are certain exceptions to the rule, but only as long as the music is creepy itself. I remember this room in Silent Hill 2 that had a red light and moths flying around. It had the strangest music that really made you feel uncomfortable. In the end, nothing happened in that room, but you felt the uneasiness! Another great example of using music to freak out your audience is when the music comes from within the scene. If the character finds a music box and plays it in the silence, it’s usually a bit freaky. The music has to be low and soft to have the best effect.

One of my biggest pet peeves in horror is how some movies and games handle gore. I’ll tell you all flat out right now, you do not need blood and guts for something to be scary! In fact, people usually get side tracked or just wish to avoid movies and games because of the gore, not because it’s scary. It’s perfectly fine to have some blood here or there. Just like with rust-filled and dirty environments, some bloody footsteps can make the area a bit creepy. When there are giant pools of blood, and definitely when there’s a number of body parts and entrails lining a room, it’s just gross and distracting. 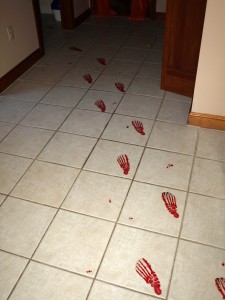 I’m not saying to remove all gore like when a person’s throat is cut or someone is stabbed. Obviously you need to show some death to show the danger of a situations. Still, there are boundaries and lines you shouldn’t cross, or the movie and game becomes more of a slasher instead of a horror.

Now onto a subject I’ve sort of mentioned in the previous sections, how a movie or game scares you. Many movies and games take the cheap and easy route with a quick jump scare. You know the type. Everything gets silent before something pops up with extremely loud audio. Anyone can do that, and one might be fine throughout the entire movie or game, but overusing it is stupid. It takes real masters of horror to actually make people frightened.

How do you know when a movie or game succeeds in horror? It’s simple really. If you get the chills from a scary moment instead of outright jumping, then you know the creators did their job right. Really, you don’t even need to have big moments that may cause someone to jump. If the scene is so scary that people cover their eyes, or players of a game don’t want to investigate further into an area, then you know the creators made a great horror. Horror is always better when it actually follows a well written story. You become invested in what’s going on and want to find out what will happen next.

I think that about does it. I many of you don’t want to read giant blogs, and I have no desire to write a sentence or two for an entire subject. If you disagree with some of the points I made in this blog, feel free to post a comment below. We can have a small discussion on one of my favorite subjects!