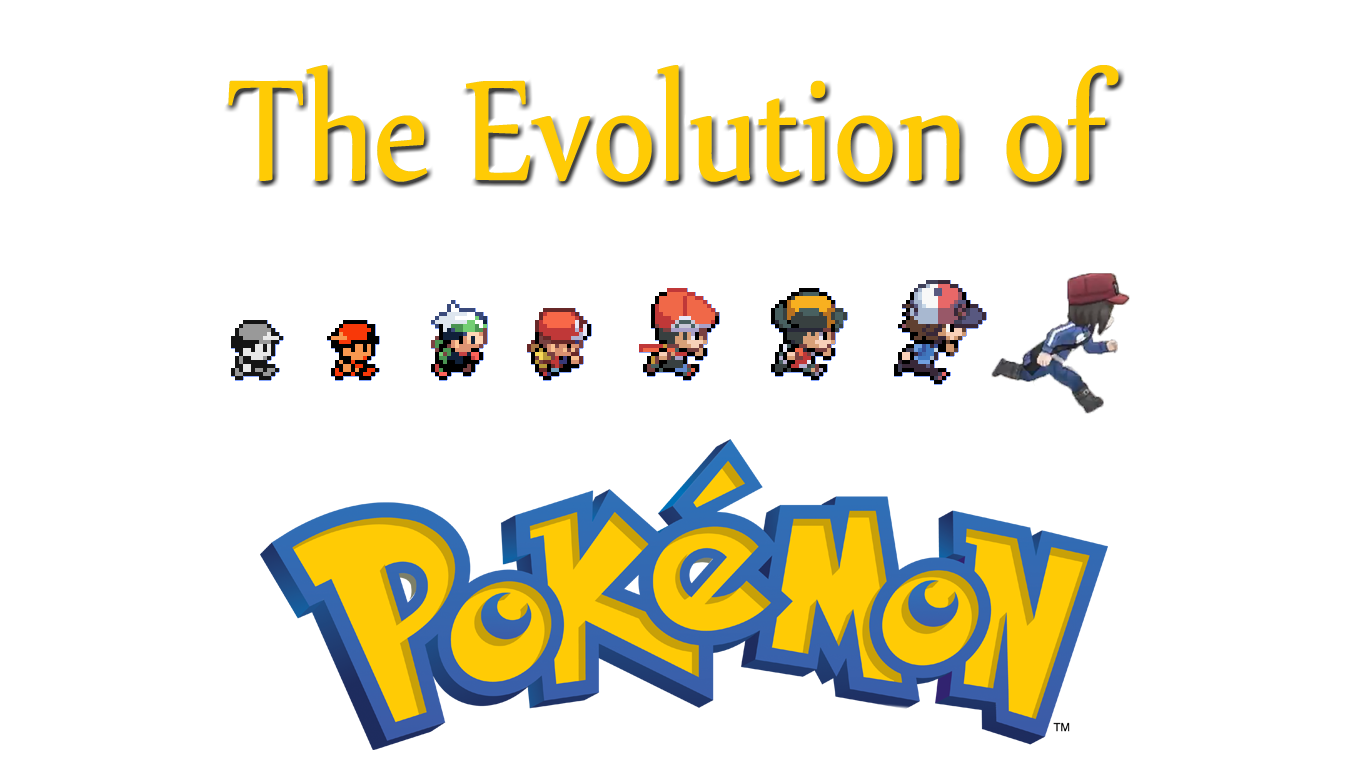 The Evolution of Pokemon

With the release of Pokemon X and Y around the corner, I take a look back at all the changes and upgrades made throughout each generation.

Every time a new Pokemon game comes out, I come across a number of people who say it’s the same game every time. Some even dare to compare it to Call of Duty! Most Pokemon fans set the record straight and explain how there have been so many changes in each set of Pokemon games, but they don’t always do a great job convincing. Well, I’m here to show and explain the various changes that have been made to Pokemon throughout the generations. Since I have to do a little convincing to those who disagree, I kept things very short and in ordered lists.

Each upgrade that I point out will be the introduction of the change. Many times there are further developments of the original change, but I felt it was best to stick only to the initial revision to keep things short.

I will not delve into the graphical changes in Pokemon at all in this blog. Why? Because I already covered it from head to toe in another blog. If you wish to see that blog, click THIS LINK.

What are my credentials? I’ve been playing Pokemon since the very start in 1999. Yes, the first Pokemon games released in 1998 in the US, but I started a few months later after saving up for a Game Boy Color and Pokemon Red. Since then, I’ve played every single Pokemon games from the main series, and I’ve been following the news for the upcoming Pokemon X and Y.

The first generation started off with Pokemon Red and Blue, or Red and Green in Japan. The third game in the generation was Pokemon Yellow: Special Pikachu Edition. There were a total of 151 Pokemon consisting of either one or two types. Types were the elemental strengths and resistances of Pokemon and their moves. There were a total of 15 types at the time. The thing that has stayed the same throughout most of the generations is the basic gameplay structure: capture Pokemon, train them, defeat eight gyms to collect eight badges, and compete in the Pokemon League against four tough trainers and the champion. You can sort of say all Pokemon games are the same for that reason, but there’s much more to the game than that.

The third generation took players to a whole new region: Hoenn. The games set in this region were Pokemon Ruby and Sapphire. Pokemon Emerald came two years later. The total Pokemon count boosted up to 386, the gym and badge count reverted to eight, and the day cycles were completely removed for some reason. Technically, the remakes of Red and Green (Fire Red and Leaf Green) counted as generation three games as well because of the compatibility. Those games were released a year after Ruby and Sapphire.

The fourth generation took place in the region known as Sinnoh. This region brought the total Pokemon count up to 493, and the morning, day, and night cycles made a return! The games set in this region were Pokemon Diamond, Pearl, and Platinum. Platinum released two years after the first two, and another set of remakes released a year after Platinum. The remakes were of Gold and Silver, and were called Heart Gold and Soul Silver. Again, these were considered generation four games because of the compatibility. This generation may have had the fewest changes, but they were definitely some of the most important.

The fifth generation was set in the region known as Unova. This area brought the total Pokemon count up to 659. The games for this generation and region were Pokemon Black and White. This generation was the first since gen two to feature an actual sequel. The sequels were named Pokemon Black 2 and White 2, and they were probably the most story-driven Pokemon games in the franchise. The changes they made weren’t incredible, but they were still nice.

We’re now at the sixth generation of Pokemon. We don’t know how many Pokemon there are, but the region is called Kalos, and the games set in this region are Pokemon X and Y. This is the first Pokemon game to use full 3D mapping instead of an overhead view. Details are still emerging, but we know of a few new additions.

So, as you can see, I noted at least 24 changes made to the Pokemon franchise over the past six generations. Remember, this did not include graphical changes nor upgrades made to previous introductions. So the next time you hear someone say “Pokemon hasn’t changed,” you can direct them to this blog or point out one of the upgrades I noted. If I’ve forgotten another change in the series, please mention it in the comments section.