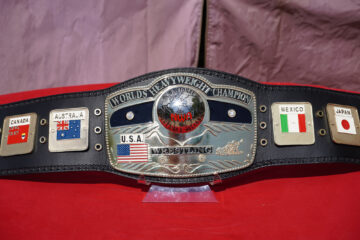 April 9, 2022
This early 2000s version of the NWA Worlds Heavyweight Championship had a massive domed globe and two faux diamonds. See in great detail how this replica from Premier compares to other replicas.
Championship Belts 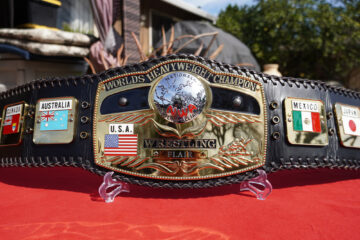 April 8, 2022
The domed globe, the ten pounds of gold, the NWA Worlds Heavyweight Championship is a legendary belt, and this ultra deluxe replica by figures toy company is magnificent!
Championship Belts