It’s the age old question: Sub vs Dub. What are your thoughts on the subject?

If you’re unfamiliar with these terms, let me quickly break it down for you. Sub is short for subtitles. Subtitles are the words that appear at the bottom of the screen during an anime or even live action. Dub is short for dubbing. Dubbing is the voice over in an anime. That’s why you may hear “English Dub” or “Japanese Dub.” So the question here is which do you prefer? Subtitles of your own language with the original anime’s language still present, or voice dubbing with your language over the original anime’s language? You can vote in the poll below.

CLICK HERE for the Poll. The stupid plug-in doesn’t want to work.

Personally, I almost always prefer subtitles. That’s not to say I’ve never enjoyed dub, I just prefer subs and I have good reasons which I’ll list below!

Let me start with the cliche answer: I believe Japanese voice actors are almost always better than English voice actors. I can usually read the subtitles quickly and mix the Japanese voice in my head with the English words. Many anime viewers think Japanese voice actors are better as well, and people usually respond with “You can’t understand them, so how do you know if they’re bad actors?” That’s a stupid statement because you don’t have to understand a language to know if someone is a bad actor. Trust me, I’ve seen some anime with terrible Japanese actors. Bad English voice actors, on the other hand, seem to be way more common. They just do not have the same enthusiasm or emotion.

There are times when an English dub is great. FullMetal Alchemist is a nice example of fine voice actors. Some of the voice actors are well established and have been in a massive amount of TV shows, movies, or even video games. However, this seems to be a rare example of an ensemble cast. In fact, the second series FullMetal Alchemist Brotherhood didn’t have many of the original cast, and I felt the series suffered because of it. Also, the Japanese version used women to play Edward and Alphonse since they were supposed to be young boys. The English version used boys for Alphonse in FMA and FMAB and an adult guy for Edward in both FMA and FMAB.

A big downside to dubs is when something gets lost in translation — or purposefully changed. Often times the original Japanese dialogue is altered to fit the English dub. There are many reasons why this is done. One reason is simply to fit all the necessary English dialogue in the same mouth movements on screen. Another reason is due to censorship. Most know anime can get pretty perverted, but sometimes the English dub is cleaned up for some reason or another, even if it’s never shown on TV. One example that always comes to mind is from the anime Love Hina. In one scene during the first episode, the main character Keitaro knocks down a girl at school. He stares down at her for a few seconds before she jumps up with an embarrassed look on her face and punches him, sending Keitaro flying down the hall. When Keitaro lands on his back he says two different lines. The dub’s line was “So that’s what it’s like to hold a girl’s hand.” The sub’s line was “Pink — I mean ‘ow’….” A huge difference! 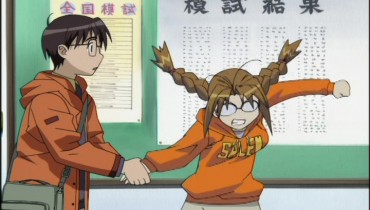 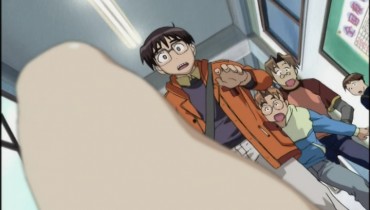 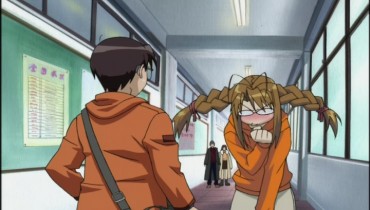 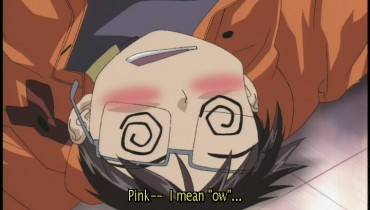 I have experienced one other lost in translation instance which has been on my mind throughout the years. In Final Fantasy XIII, a character was named Vanille. The Japanese cast pronounces this as “Vanilla,” which isn’t unusual since other character names in the same game include Lightning, Snow, and Hope. However, for some reason the English version always pronounced this character’s name as “Vaneel.” It’s irked me since! In Pokemon, they completely changed the name of the main character from Satoshi to Ash. They also called Onigiri (Rice Balls) Jelly Donuts….

Sometimes an English dubs decides to keep Japanese words for one reason or another. I’m not opposed to this, especially when the word is completely made up or if there’s no English equivalent. However, often times the English voice actors can’t pronounce these Japanese words right! It can get as bad as when Japanese actors try to pronounce English words!

All these reasons are why I prefer sub over dub. How about you guys? Vote in the poll above and leave a comment below telling me why you prefer one or the other. I know some prefer dub in anime with a lot of action because they feel as if they miss all the good stuff while reading. I usually catch it all because I read quickly and see the action through peripheral vision.