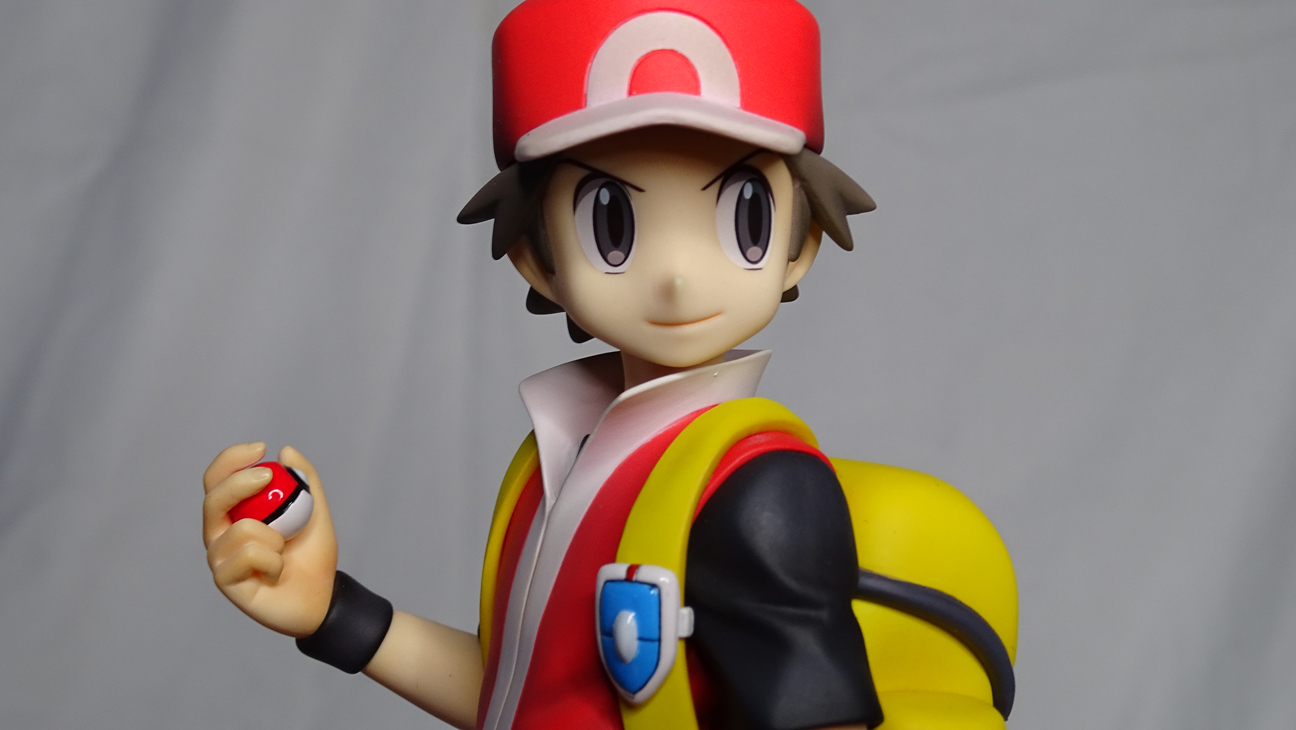 This alternate version of Trainer Red comes to life with his Charmander by his side, thanks to Kotobukiya and the ART FX J line of Pokemon series scale figures!

This Pokemon Trainer Red is the alternate version of the character featured in Pokemon Fire Red and Leaf Green. It would have been great if they named the figure Fire Red, especially since the female Trainer that was released was named Leaf, but they named this figure Red alongside the previously released Trainer Red figure with Pikachu.

The figure is made of PVC and measures approximately 18cm tall. It is screwed into to a 1cm tall glittery-red base with the screws covered by plastic.

The included Charmander / Hitokage measures just over 6cm, and stands on one foot. Charmander will easily fall over with a bump to the display. Its best to lean it up against the side of Trainer Red’s leg.

The PokeBall in Red’s hand is on the smaller side. PokeBalls throughout the Pokemon series have been depicted as plum-sized in the game and manga artwork, but in the anime they are orange-sized.

See my unboxing and video review below of this Pokemon Trainer Red with Charmander scale figure by Kotobukiya ARTFXJ.

All in all, this is a simple version of Trainer Red to add to your Pokemon ART FX J collection. It isn’t sculpted in any special pose like the previous Red and Green figures, but the sculpting is still detailed and the painting is flawless. The Charmander figure is far from stable, and I wonder if it has already cracked on the belly from falling over or if Kotobukiya didn’t inspect my figure very well before sending it out. Either way, I would recommend adding it to your collection along side the other two Kanto Pokemon.