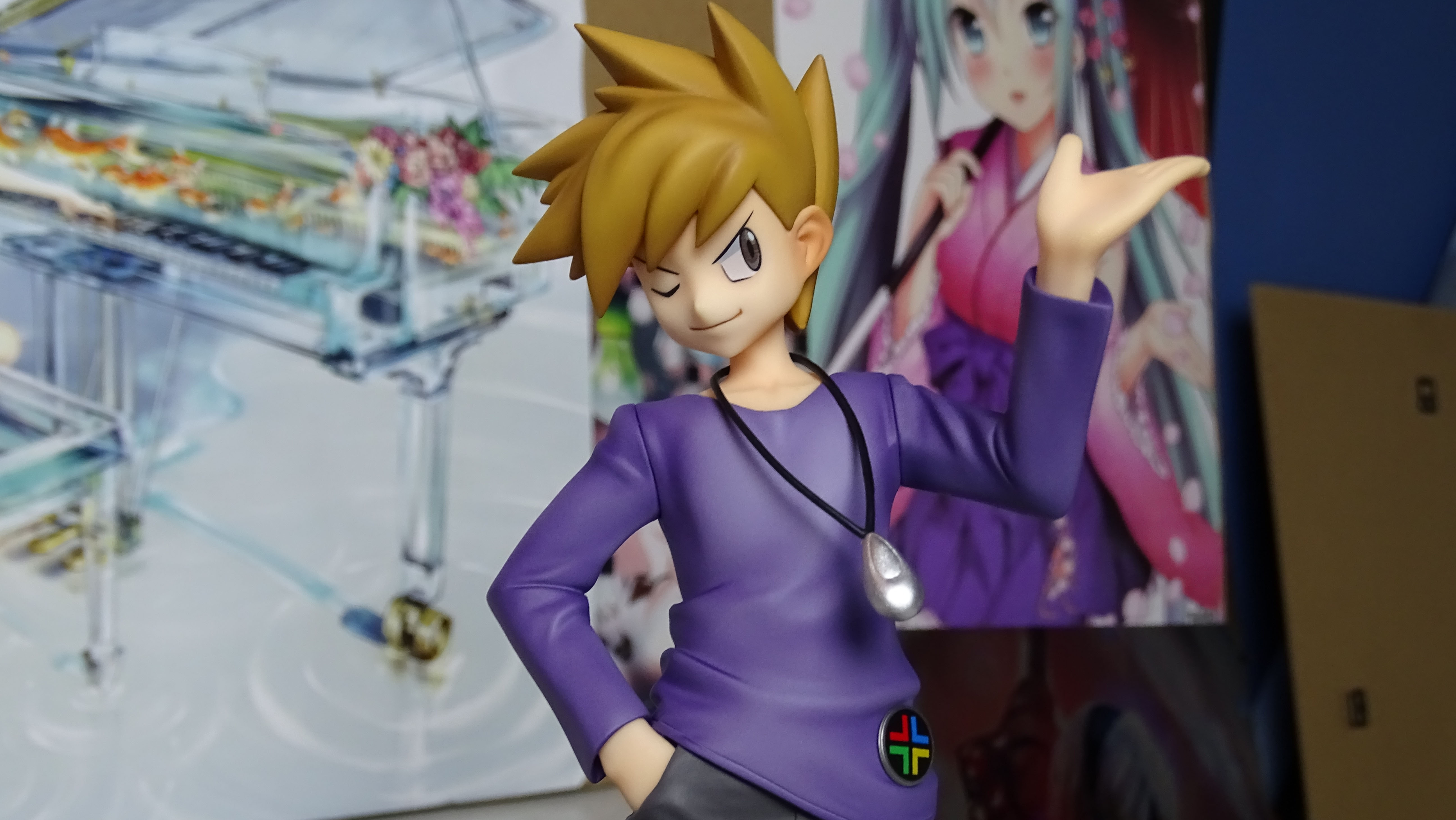 I bought a Trainer Green figure with Eevee to match my Trainer Red with Pikachu and went overboard with photo galleries. The two are magnificently designed by Kotobukiya as apart of the ARTFX J series.

Some time ago I bought a Pokemon Trainer Red with Pikachu figure by Kotobukiya. I wanted to buy a Trainer Green figure to rival him, but the Medicom Toys figure I found was of terrible quality for the price.

A few months later, Kotobukiya released an version of Pokemon Trainer Green that matched Pokemon Trainer Red. The instant I saw it I had to pre-order and buy it, and I’m glad I did! Now let’s look over its specs.

This is a 1/8th scale pre-painted figure by Kotobukiya as apart of their ARTFX J Series. The character is known as Green in Japan, and the box has Green printed all over it, but in the west he is often known as Blue. Green is accompanied by Eevee, written as Eievui to represent the Katakana イーブイ.

Green stands at 195mm tall with the green base. The figure cannot be removed from the base, as it is screwed to the bottom of the figure’s foot.

Eevee stands at 55mm tall. It is male based on the tail’s design. If Eevee is female, the brown to white design on its tail will be heart-shaped. The Eevee figure is attached to several colored transparent stars. This could be to represent Swift, which was named Speed Star in Japan. It could also represent Last Resort, which is Eevee’s strongest attack and features colored stars in the animation.

Now let’s talk a little about the lore. This Trainer Green figure comes with a small Eevee. This might be to match Let’s Go Pikachu and Let’s Go Eevee. Or maybe since Pikachu has been the face of Pokemon, we needed a rival Pokemon. In the main anime, Gary Oak had an Eevee while Ash Ketchum had a Pikachu, though officially Gary’s starter was a Squirtle as seen in the Kanto Pokemon League episodes. The original Red and Green had alternating starters based on the media (i.e. anime, manga, game).

As for Green himself, he used to have darker brown hair, but these days they have lightened it to a dirty blonde. The pendant around his neck is silver in this figure, but before it looked blue. I actually thought his pendant was a mystic water to boost his Blastoise’s water-type attacks. The badge on Green’s shirt has also changed over the years, just like the badge on Red’s hat.