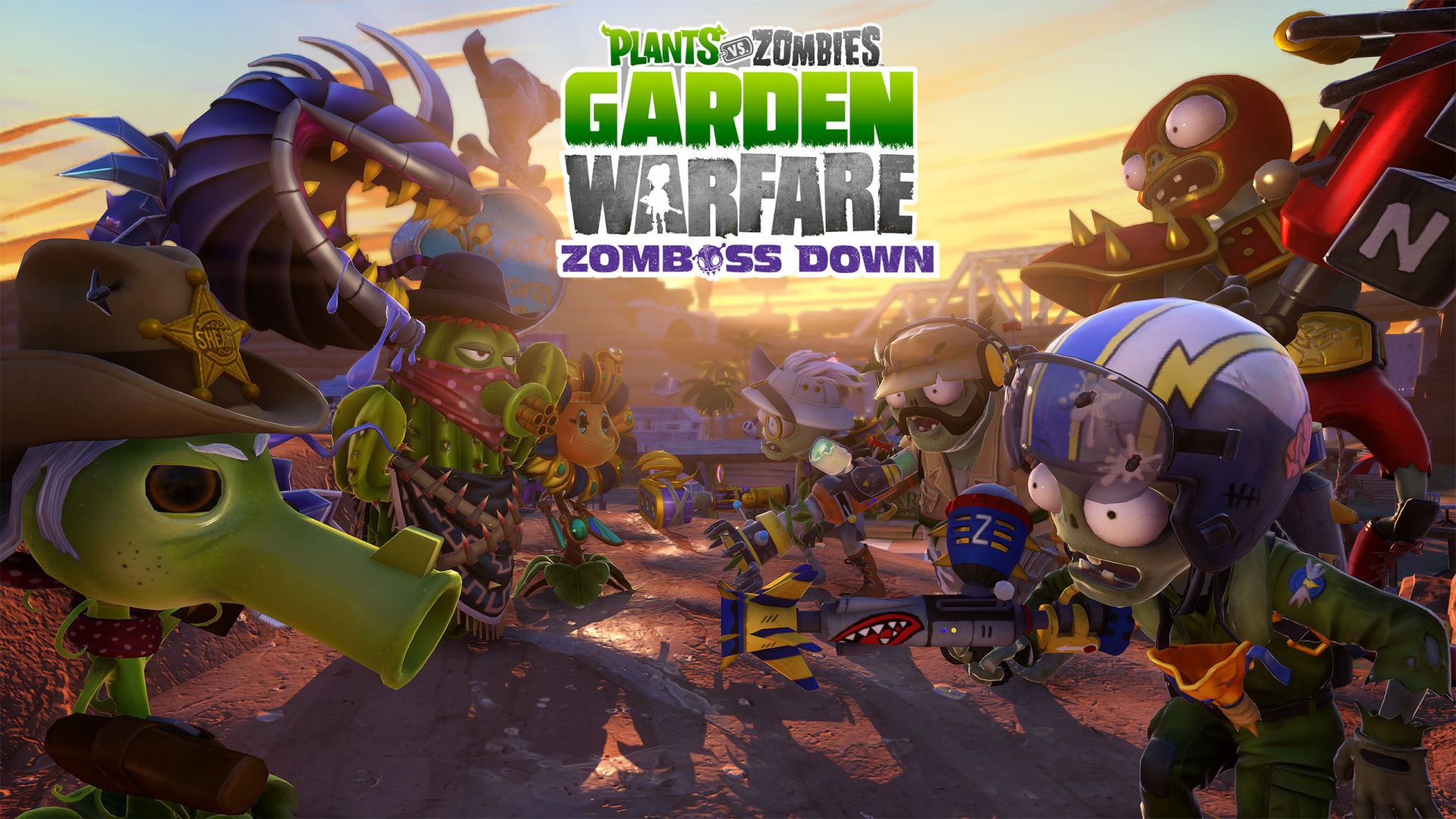 A lot of people looked at this game and laughed. What’s my take on it? Here’s my Plants vs Zombies Garden Warfare Review.

Plants vs Zombies: Garden Warfare first released on Xbox consoles in February of 2014. It later came to PC in June of the same year, followed by PlayStation consoles in August. A lot of people thought it seemed like a joke given how the original Plants vs Zombies was a 2D strategy game, and the reveal trailer looked like a Battlefield rip-off (or homage if you look at it a different way). Those that actually played the game quickly realized how fun it was.

Garden Warfare is first and foremost a multiplayer game. Yes, there’s a co-op horde mode that can be played solo, but there is no other single player mode in the entire game. The game first released with only two multiplayer modes and the horde mode. Since this was the case, the game was only about $30, and all future expansion packs were free. This was a different and pretty risky approach.

The two game modes were a simple team death match (called Team Vanquish) and an objective mode similar to Rush in Battlefield games (called Gardens & Graveyards). In Gardens & Graveyards, the plant team would have to defend their garden while the zombie team tried to take it over. If a garden was taken over, it would become the new zombie’s graveyard/base, and the plants would move back to the next. It was pretty amazing how fun and competitive the game would get.

The horde mode was called Garden Ops. Four plant characters must survive ten waves of AI-controlled zombies while protecting their garden from damage. At two set waves, a boss zombie would come to wreak havoc. This mode has four difficulty levels, and is relatively fun if you want to team up with some friends to slay wave after wave of zombies.

If a team uses each character the way they’re meant to, there’s a good chance that team will sweep the other. Teamwork is definitely key in Plants vs Zombies Garden Warfare. A good offense is always great, but a good defense is also necessary. All players can revive their fallen teammates. This is perfectly balanced by giving the revived teammate only half health. An injured character can only auto-heal up to half health as well unless the medic of their team (Sunflower or Scientist) provides additional health.

Plants vs Zombies: Garden Warfare is incredibly fun. Since it’s a multiplayer only game, I can’t recommend it to everyone, and the life span may not be as long as some other games. The game is loads of fun regardless, and the lower price and free DLC definitely caught my attention. I suggest giving this game a try. If I wrote this review when the game first released, I would have said to buy it without hesitation. Since it’s been over a year since the initial release, there may not be as many people playing these days.

The free DLC packs brought a variety of game modes, maps, and new offensive weapons for each plant and zombie character. Every single one was free, but some players decided not to stick around to see them all. If you bought the game and haven’t touched it since the new DLC, I suggest picking it up again. Hopefully you can find a match in each of the new game modes.