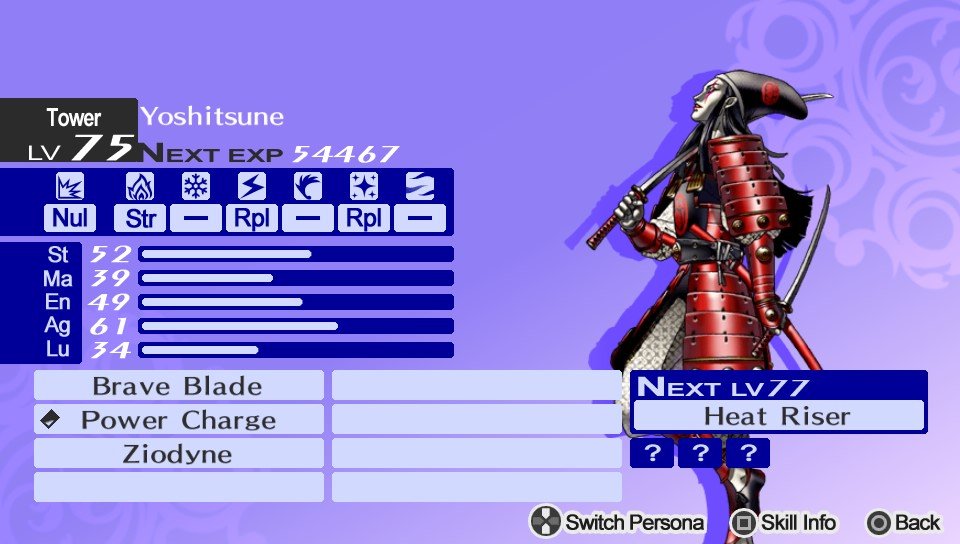 Yoshitsune is a persona of the Tower Arcana. It specializes in the Physical element. Its default level is 75.

This Persona can learn the immensely powerful Physical Skill Hassou Tobi, a skill that attacks the enemy eight times in a row, making it a top choice for many players when facing difficult bosses. Pair it with an accessory and skill that reduces the cost of Physical attacks, and it can wreak havoc in the game on the highest difficulty.

A Japanese general of the Genpei Was near the end of the Heian era and start of the Kamakura era. His bold ingenuity and ruthless skill with a blade are still praised in Japan today.

Yoshitsune — as with the other Tower Personas — cannot be found during shuffle time. Yoshitsune must be fused using a Pentagonal fusion with the following Persona: