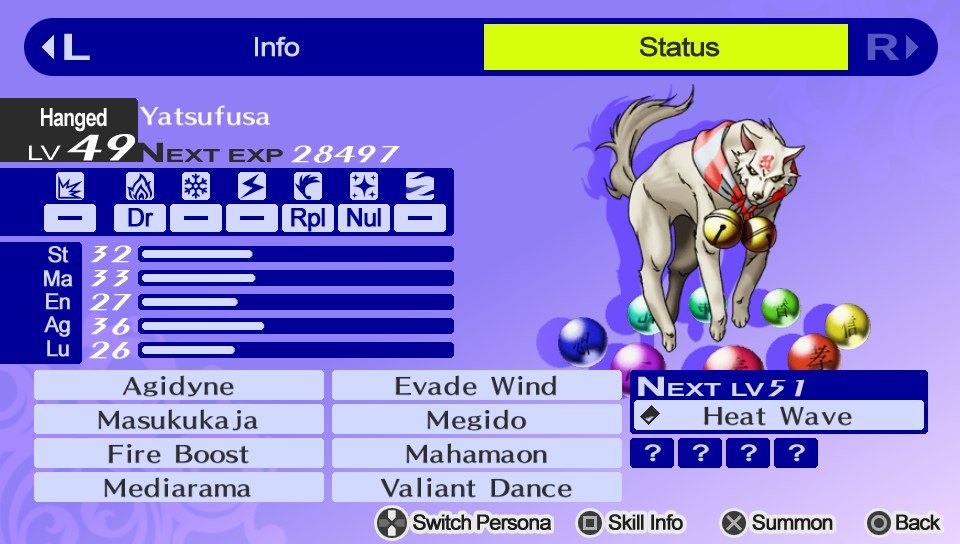 Yatsufusa is a Persona of the Hanged Man arcana. It specializes in the Fire element. Its default level is 49.

7 days after its birth, a wolf killed its mother. Toshizane Satomi later promised his daughter’s hand if it could defeat the enemy, but after Yatsufusa’s success, Yoshizan’s retainer shot it dead.

Yatsufusa can only be obtained by a special pentagonal fusion using the following Persona: