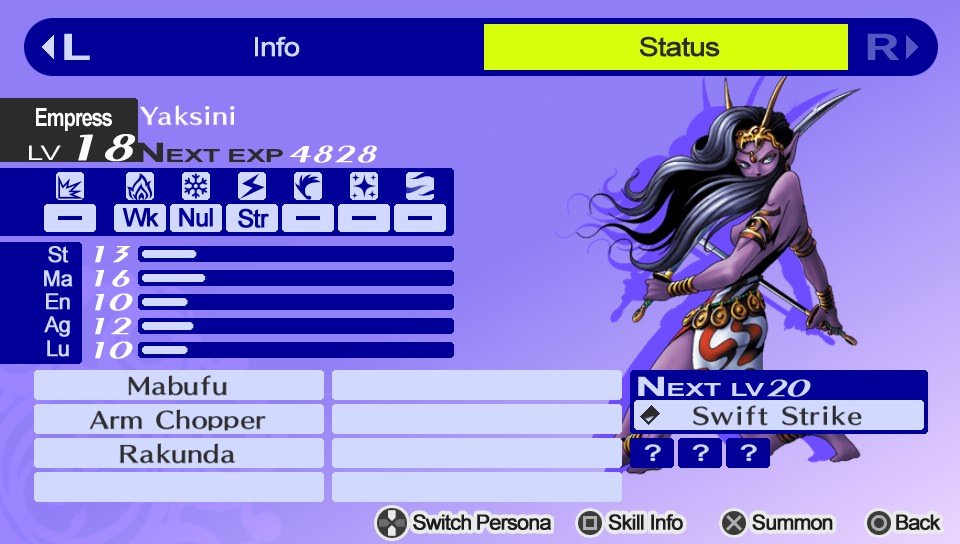 Yaksini is a persona of the Empress Arcana. It specializes in the Ice element. Its default level is 18.

A female demon in Hindu myth. Originally a Dravidian fertility goddess, the spread of Hinduism changed perception of her to a demonic figure. Usually depicted as a voluptuous, nude female.

Yaksini can be found during shuffle time in the Bathhouse and Marukyu Striptease dungeons or by fusion.