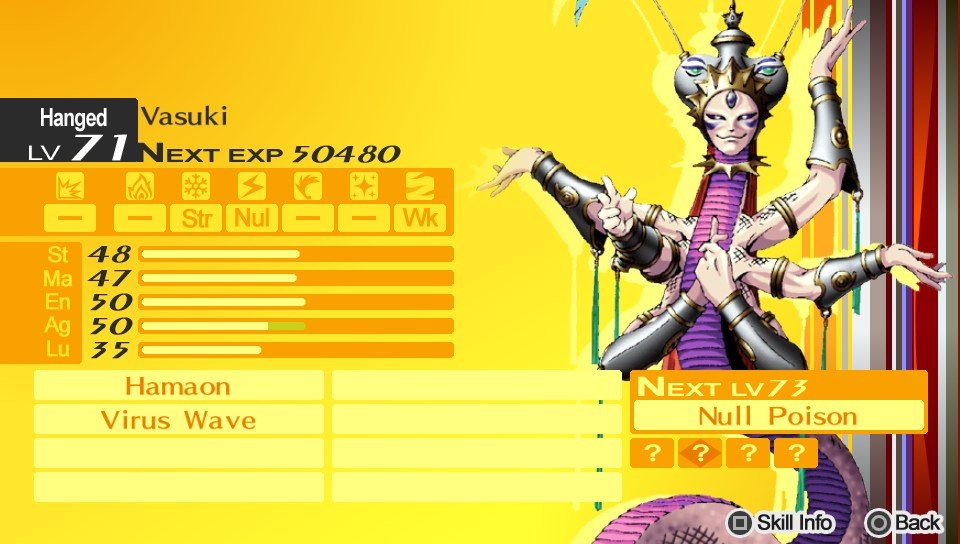 Vasuki is a Persona of the Hanged Man arcana. It specializes in the Light element. Its default level is 71.

A giant serpent of Hindu mythology. It is said the gods and demons used him to churn the sea of milk. The strain caused him to exhale incredibly potent venom, but Shiva swallowed it.

Vasuki can be found during shuffle time in the Yomotsu Hirasaka dungeon or by fusion.