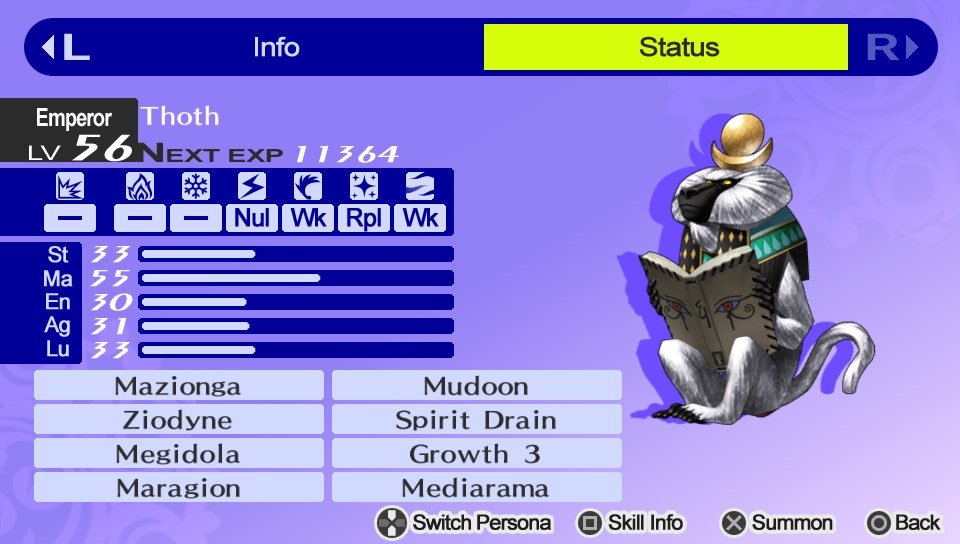 Thoth is a Persona of the Emperor arcana. It specializes in the Electric element. Its default level is 45.

Egyptian moon god that takes the form of a baboon. He is the measurer of time, and gave Isis the power to resurrect Osiris after he was killed by the evil god Seth.

Thoth can be found during shuffle time in the Secret Laboratory and Marukyu Striptease dungeons or by fusion. Possible fusion recipes: