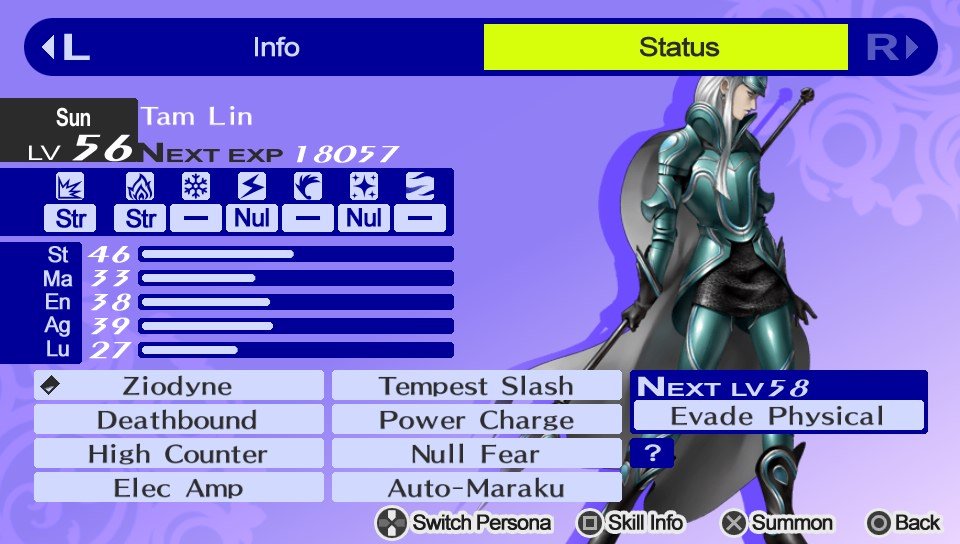 Tam Lin is a Persona of the Sun arcana. Tam Lin specializes in the Electric element. Its default level is 53.

A Scottish fairy knight who protected the glen called Carterhaugh. He was once human, but was captured by the Queen of the Fairies and lived as one of them thereafter.

Tam Link can only be obtained by a Cross/Quad-Fusion using the following Persona: