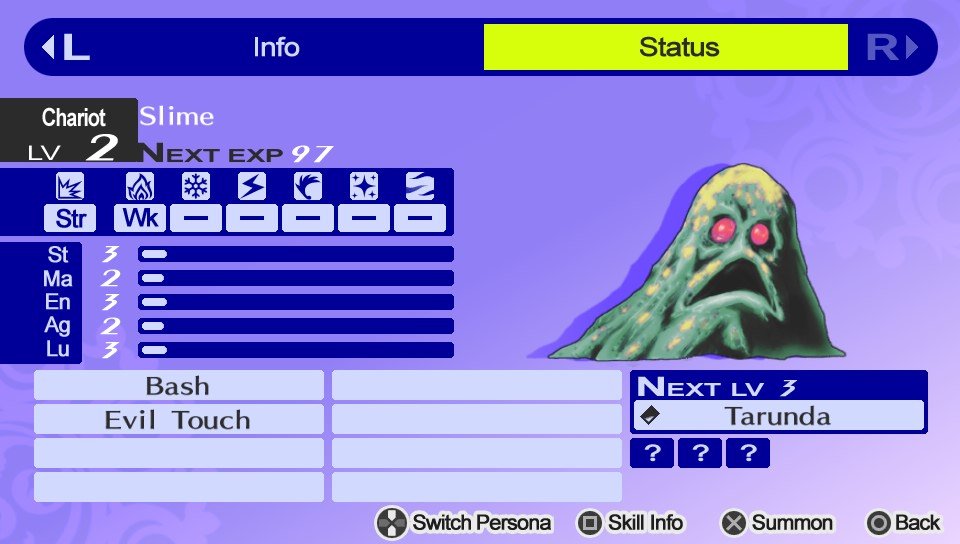 Slime is a persona of the Chariot arcana. It specializes in Physical attacks. Its default level is 2.

A primitive monster with a vicious body. There are various theories as to its origin, but it is still under debate. Said to compulsively collect shiny objects.

As Slime is the most basic Chariot Persona (along with Nata Taishi), it can only be obtained during Shuffle Time in Yukiko’s Castle.