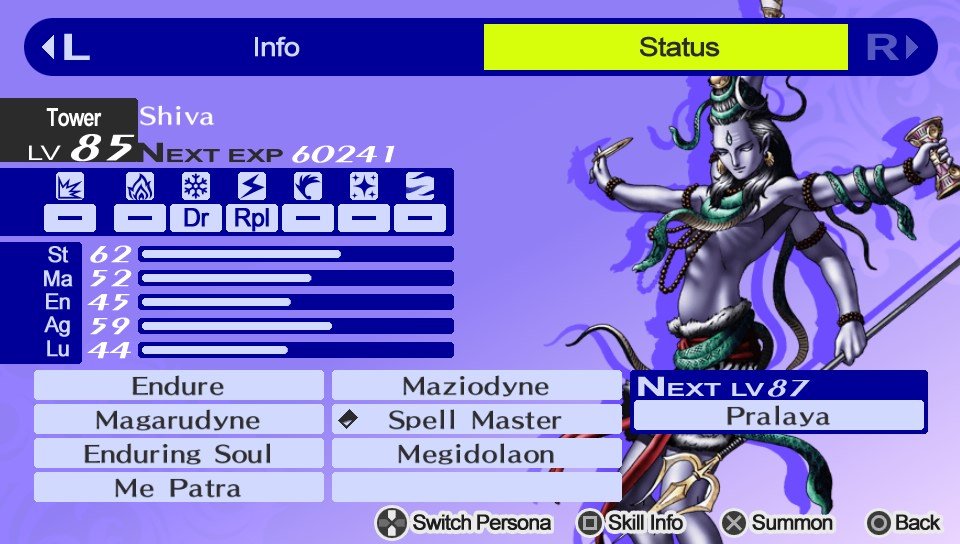 Shiva is a persona of the Tower Arcana. It specializes in the Electric element. Its default level is 80.

One of the triad of main deities in Hindu myth. He is known as the destroyer, but is also related to regeneration. His wife is Parvati.

Shiva — as with the other Tower Personas — cannot be found during shuffle time. Shiva must be fused. However, in order to fuse Shiva, you must first maximize the Tower Social Link with Shu Nakajima. Possible fusion recipes: