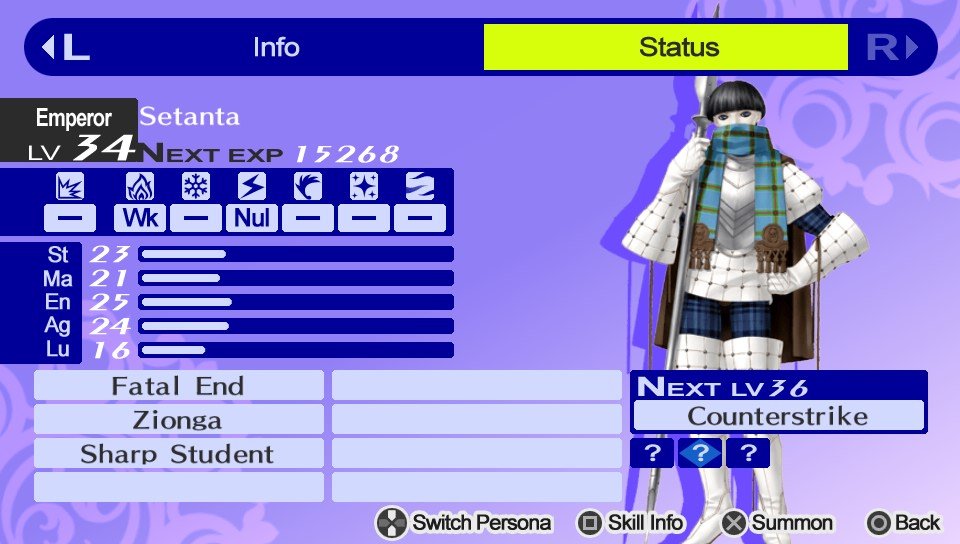 Setanta is a Persona of the Emperor arcana. It specializes in the Electric element. Its default level is 34.

A brave young man in Celtic myth. After defeating a vicious dog with his bare hands, he took up its role as guardian, and gave himself a name meaning “Hound of Culann.”

Setanta can be found during shuffle time in the Void Quest dungeon or by fusion.