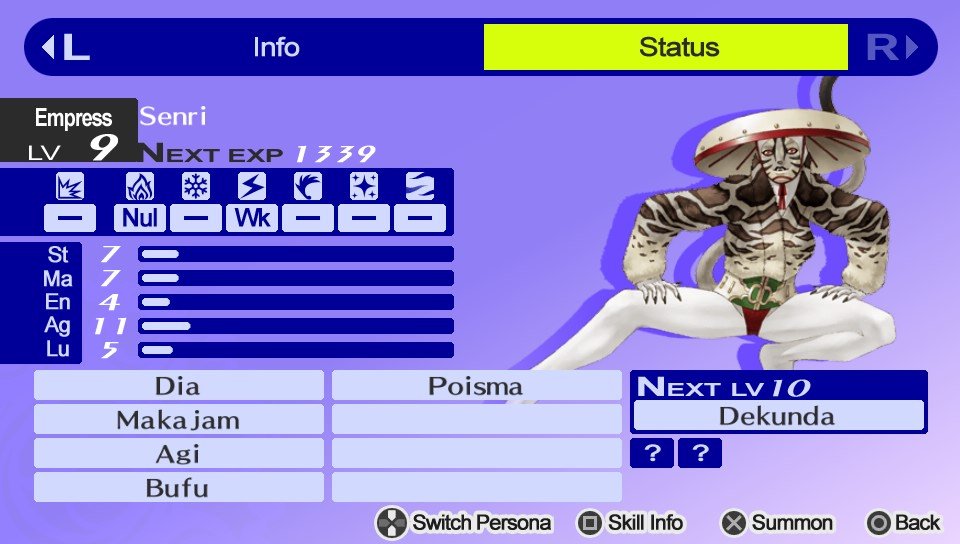 Senri is a persona of the Empress Arcana. It specializes in the Fire element. Its default level is 9.

A spirit formed of a long-lived wildcat. It disguises itself as a beautiful woman to take vitality from men. Some say other demon animals collect vitality in order to become Senri themselves.

Senri can only be found during shuffle time in the Yukiko’s Castle and Bathhouse dungeons. As Senri is the first persona in the Empress arcana, it cannot be fused initially.