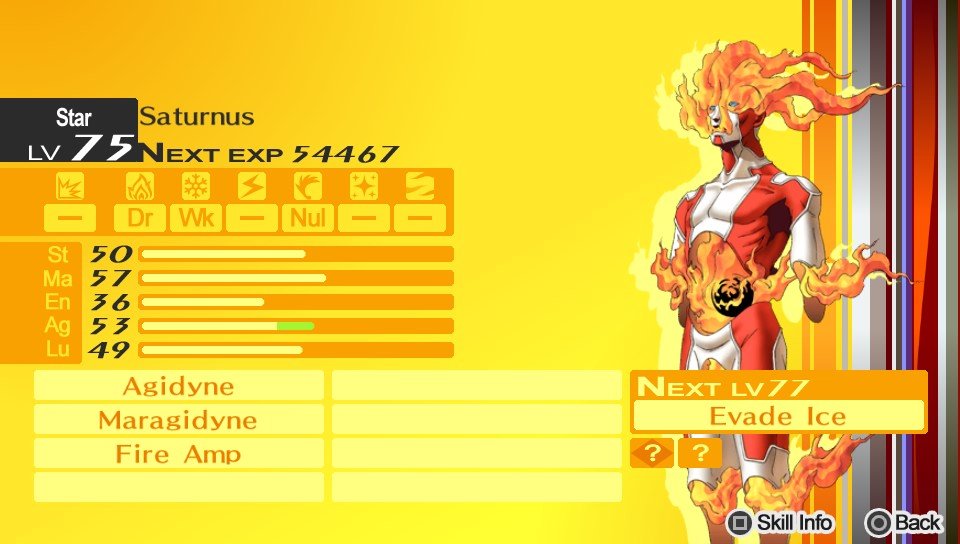 Saturnus is a Persona of the Star Arcana. It specializes in the Fire element, and its default level is 75.

The Roman god of agriculture. He is commonly identified with Cronus. In an attempt to prevent his destiny, he ate his children, but was overthrown as was fated.

Saturnus can be found during shuffle time in the Yomotsu Hirasaka dungeon or by fusion.