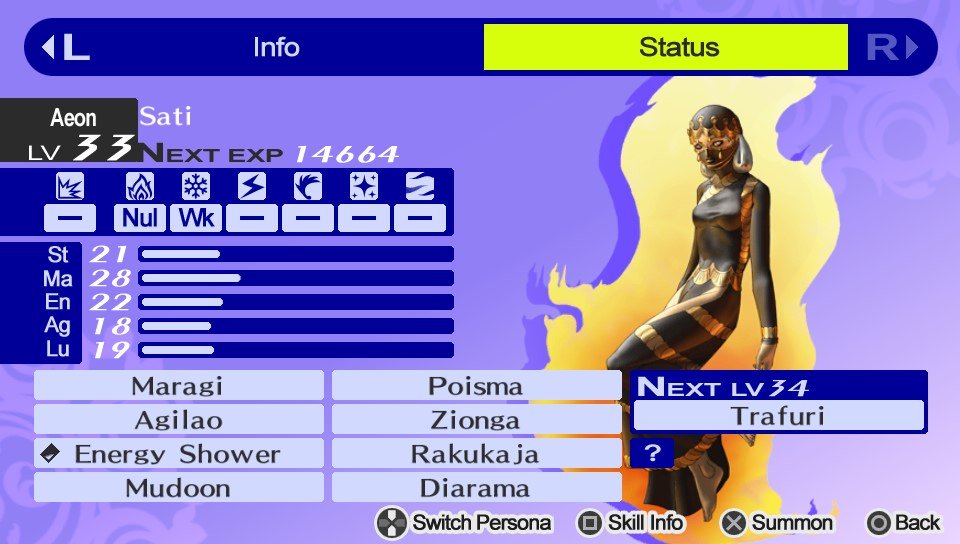 Sati is a persona of the Aeon Arcana. It specializes in recovery and the Fire element. Its default level is 31.

Shiva’s first consort in Hindu myth, she threw herself into a sacrificial fire in protest of her father’s treatment of Shiva. Reborn as Parvati, she was reunited with Shiva.

Sati, as with the other Aeon personas, cannot be found during shuffle time in any dungeons; it must be fused. Possible fusion recipes: