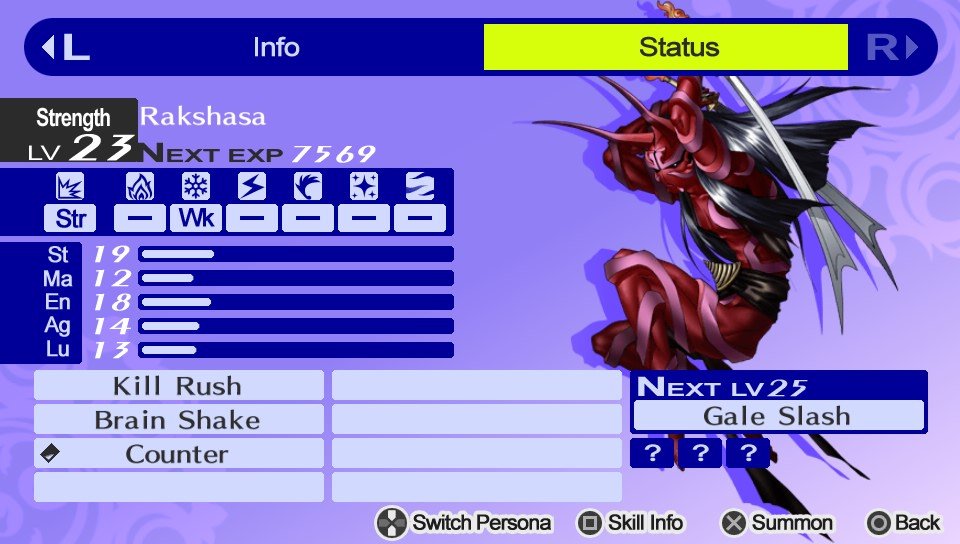 Rakshasa is a persona of the Strength arcana. It specializes in Physical attacks. Its default level is 23.

Demon of Hindu myth. He is an enemy of the gods, and attacks humans to feed off of them. His hideous appearance strike fear into those who see him. Can shift his shape to deceive his enemies.

Rakshasa can be found during shuffle time in the Marukyu Striptease dungeon or by fusion.