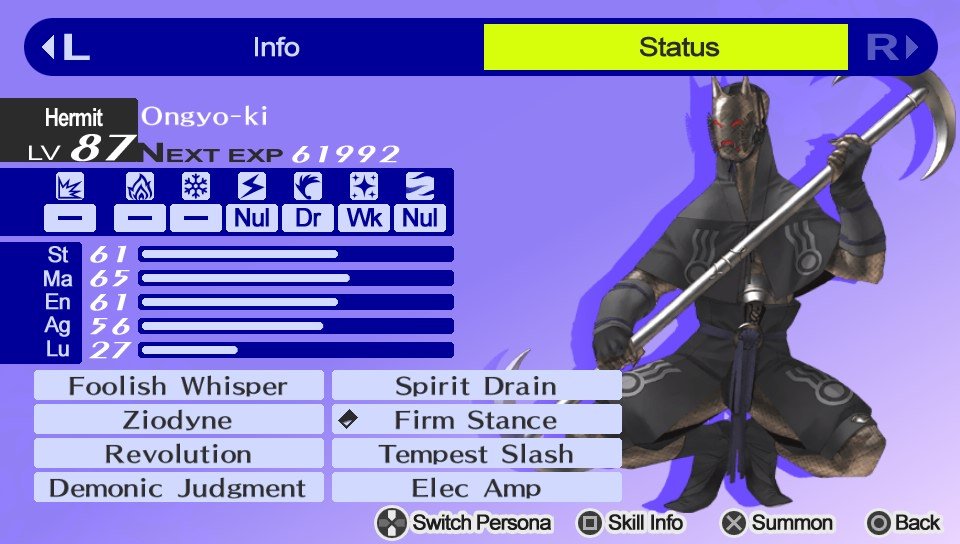 Ongyo-ki is a Persona of the Hermit arcana. It specializes in Physical attacks. Its default level is 83.

One of the four oni controlled by Fujiwara no Chikata. By eliminating its aura and preventing others from sensing its presence, it was able to surprise its enemies.

Ongyo-Ki can only be obtained through a Cross/Quad-Fusion after you have maximized the Hermit arcana with the Mysterious Fox. Use the following four Persona in the Cross Fusion: