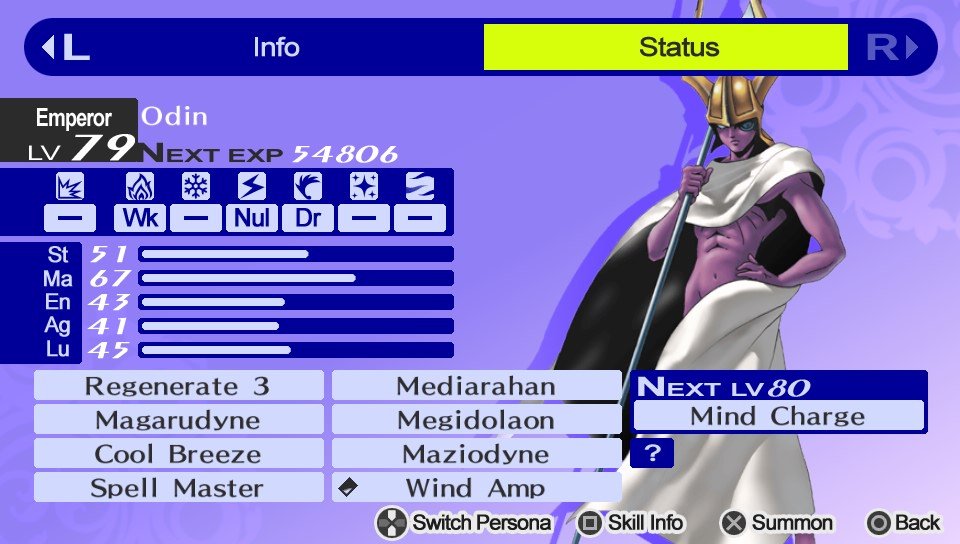 Odin can only be obtained through fusion once you have maximized the Emperor Social Link with Kanji Tatsumi. Possible Fusion recipes: