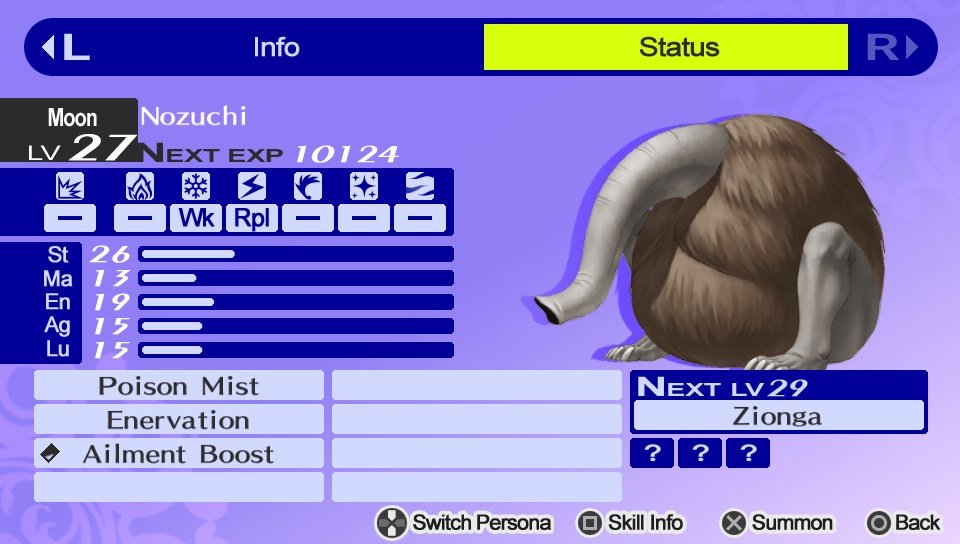 Nozuchi is a Persona of the Moon arcana. It specializes in Ailments. Its default level is 27.

A spirit of earth from Japanese myth, whose name means ‘gods of fields.’ Though not innately evil, its temper may cause it to attack humans from behind a tree or bushes.

Nozuchi can be found during shuffle time in the Marukyu Striptease and Void Quest dungeons or by fusion.