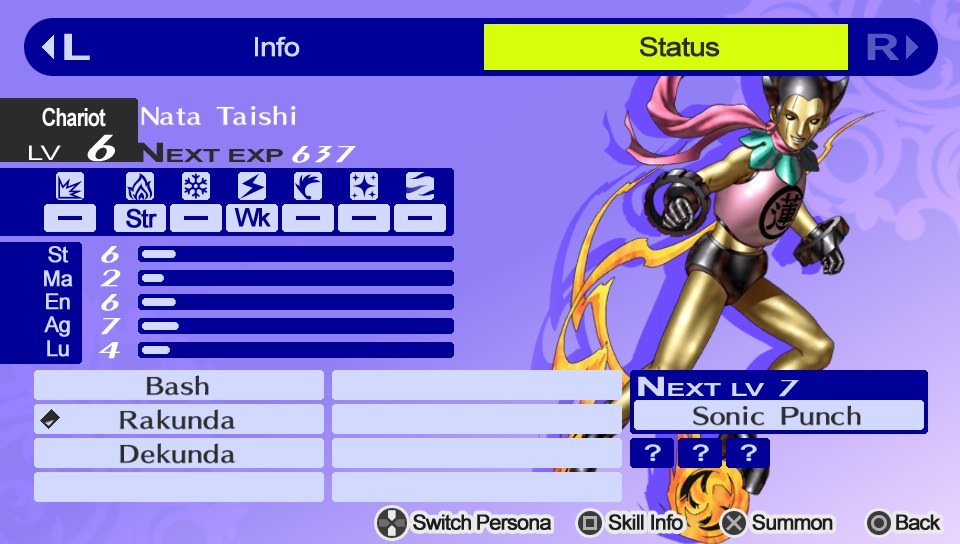 Nata Taishi is a persona of the Chariot arcana. It specializes in Physical attacks. Its default level is 6.

A demon of Chinese mythology, also known as Zhongtan Yuanshuai. He committed suicide to atone for killing a Dragon King, but was brought back to life as a lotus.

Nata Taishi is the most basic Chariot Persona and thus must be obtained during Shuffle Time in Yukiko’s Castle. It cannot be fused.