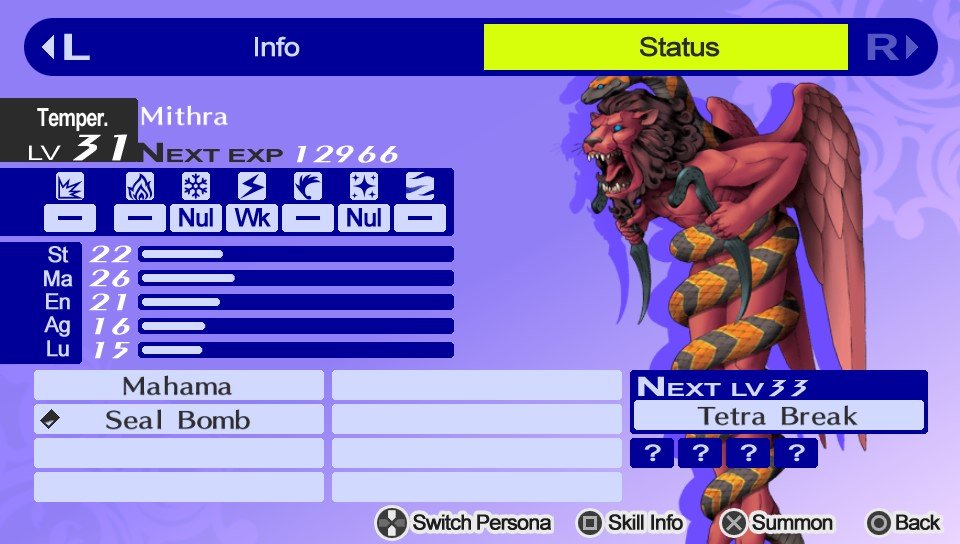 Mithra is a Persona of the Temperance arcana. It specializes in the Light element. Its default level is 31.

An ancient Iranian god of contracts, he was also revered as a sun god. At the end of time, he will descend from the heavens and raise the dead for their final judgment.

Mithra can be obtained during shuffle time in the Void Quest dungeon or by fusion.