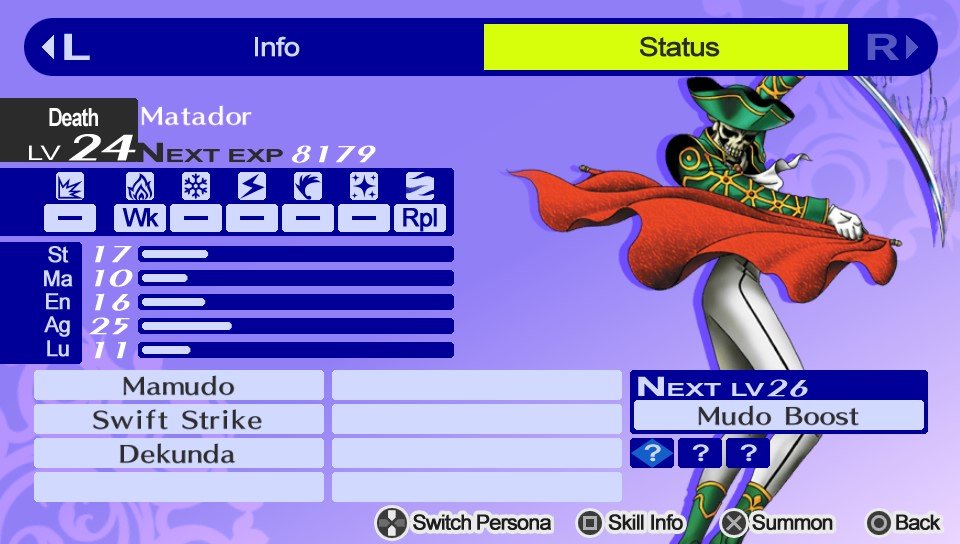 Matador is a persona of the Death arcana. It specializes in Physical attacks. Its default level is 24.

A master sportsman who entertains the audience in exchange for his own life: one mistake can mean his death. Some believe that matadors who die while performing remain in this world.

Matador can be obtained during shuffle time in the Marukyu Striptease dungeon, Void Quest dungeon, or by fusion.