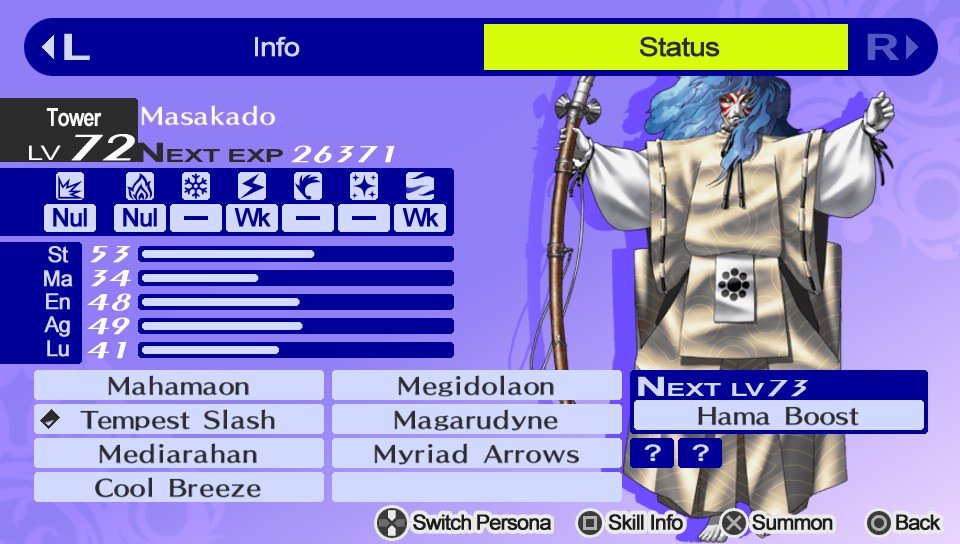 Masakado is a persona of the Tower Arcana. It specializes in the Light element. Its default level is 69.

Taira no Masakado. hero of the Heian period. He claimed the title ‘Shinno’ (New Emperor) and rebelled against the government. He was killed, but it is said he became a demigod.

Masakado — as with the other Tower Personas — cannot be found during shuffle time. Masakado must be fused.