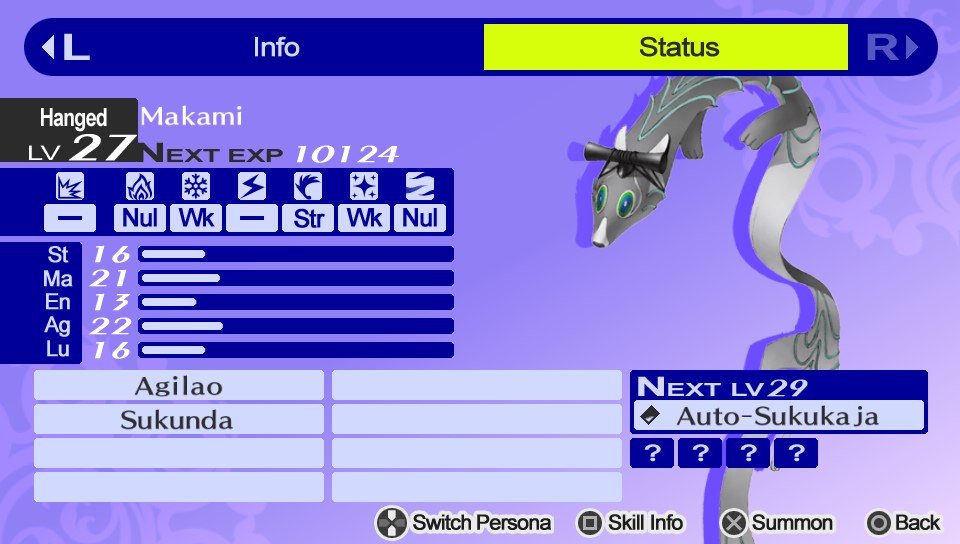 Makami is a Persona of the Hanged Man arcana. It specializes in the Fire element. Its default level is 27.

A divine world from Japanese lore. It had the power to protect people from fire or theft, but they also feared it because the Makami would sometimes prey upon them as well.

Makami can be found during shuffle time in the Marukyu Striptease dungeon or by fusion.