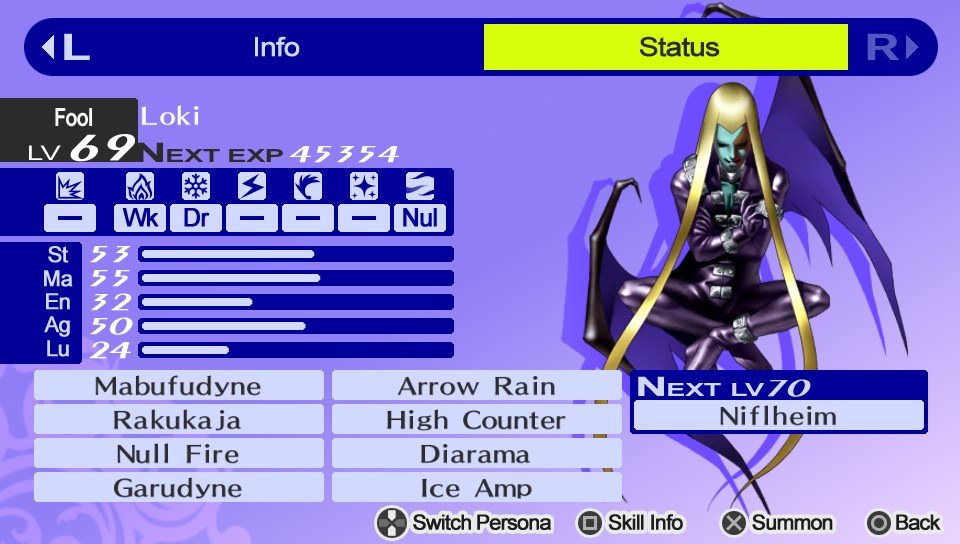 Loki is a Persona of the Fool Arcana. It specializes in the Ice element. Its default level is 64.

A major Norse deity, known as a trickster who clashes with the other gods. Blood brothers with Odin, but was later punished for his role in Balder’s death.

Loki can only be obtained by fusion once you have maximized the Fool social link with the Investigation Team during the main storyline. Possible Fusion Recipes: