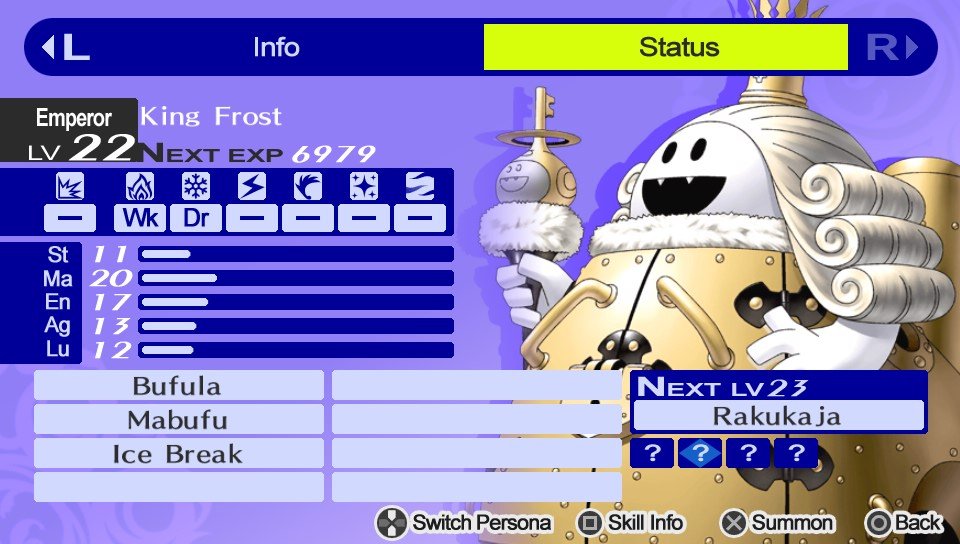 King Frost is a Persona of the Emperor arcana. It specializes in the Ice element. Its default level is 22.

The king of snow, ruling over an infinite number of Jack Frosts. he has the powers to freeze the entire world, but his personality is actually very naive.

King Frost can be found during shuffle time in the Marukyu Striptease dungeon or by fusion.