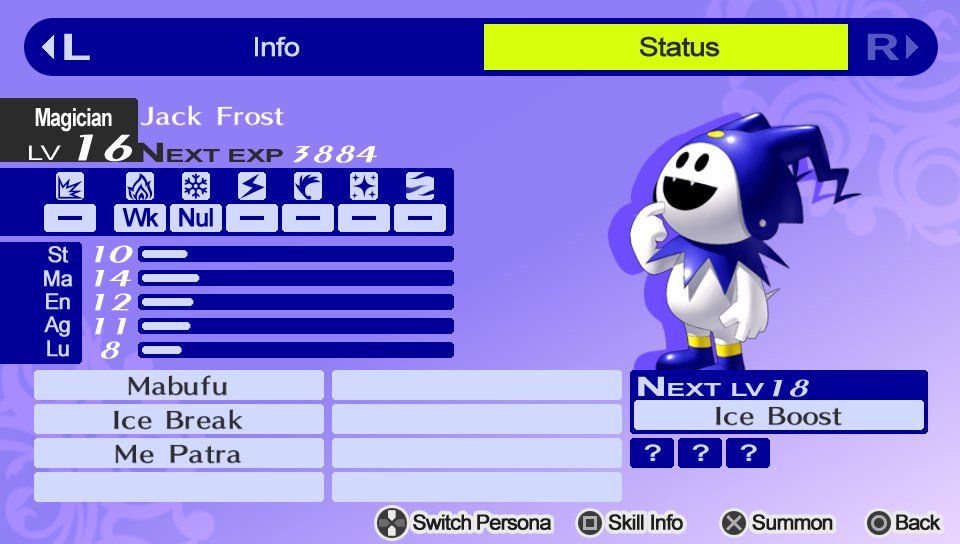 Jack Frost is a persona of the Magician Arcana. It specializes in the Ice element. Its default level is 16.

A winter fairy of European descent. Normally an innocent creature, but if provoked, he will kill his victim by covering him in snow.

Jack Frost can be found during shuffle time in the Steamy Bathhouse and Marukyu Striptease dungeons or by fusion.