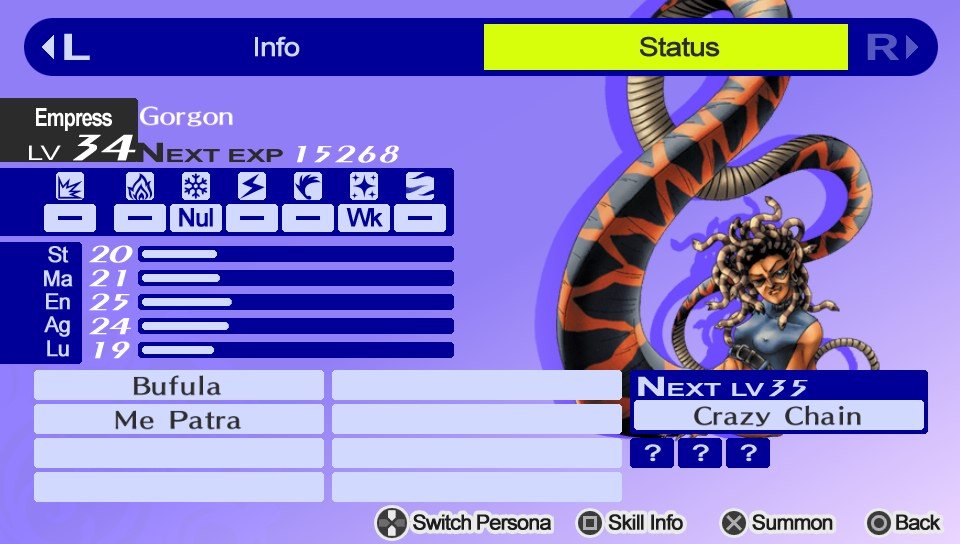 Gorgon is a persona of the Empress Arcana. It specializes in the Ice element. Its default level is 34.

A hideous female monster with poison fangs and snakes instead of hair. Her name is Greek for “terrible.” After Perseus took her head, he offered it to the gods who helped him slay her.

Gorgon can be found during shuffle time in the Secret Laboratory dungeon or by fusion.