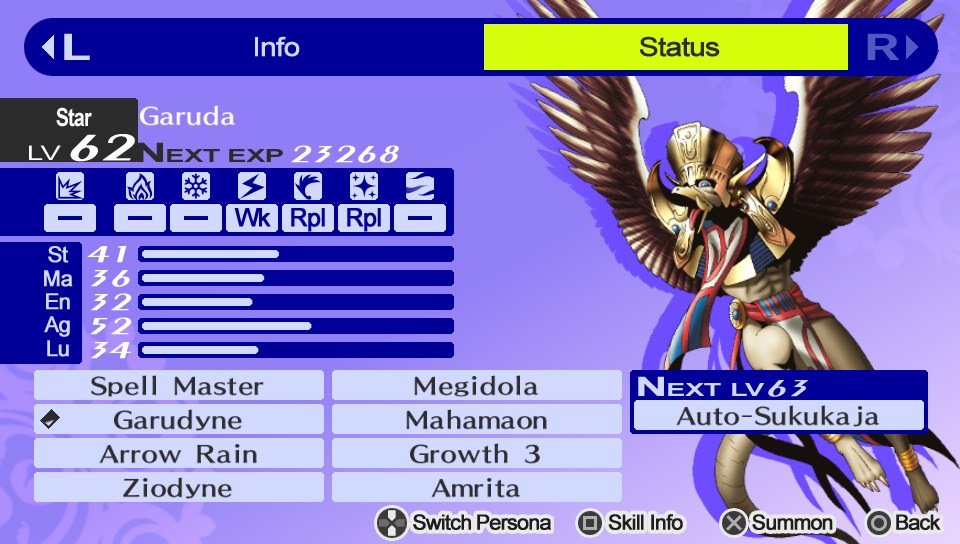 Garuda is a persona of the Star arcana. It is sort of a Jack of all Trades persona, so to say. Its default level is 57.

A divine bird-man in Hindu myth. He once fought the gods, and received immortality in exchange for becoming Vishnu’s carrier.

Garuda can be found during shuffle time in the Heaven and Magatsu Inaba dungeons or by fusion.