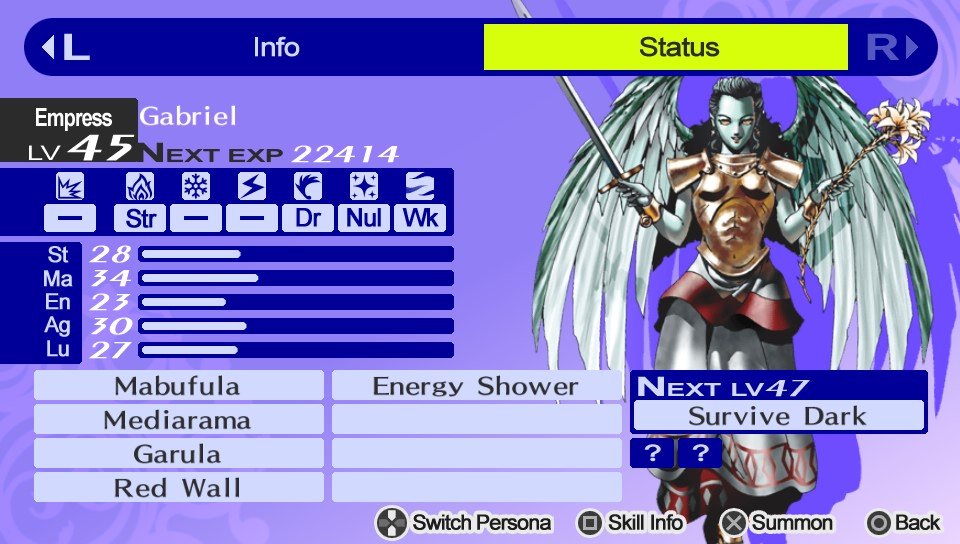 Gabriel is a persona of the Empress Arcana. It specializes in the Ice element. Its default level is 44.

One of the four major angels. She is also the only female angel at this rank. Her name comes from the Sumerian word for “governor.”

Gabriel can be found during shuffle time in the Secret Laboratory dungeon or by fusion. Possible Fusions: