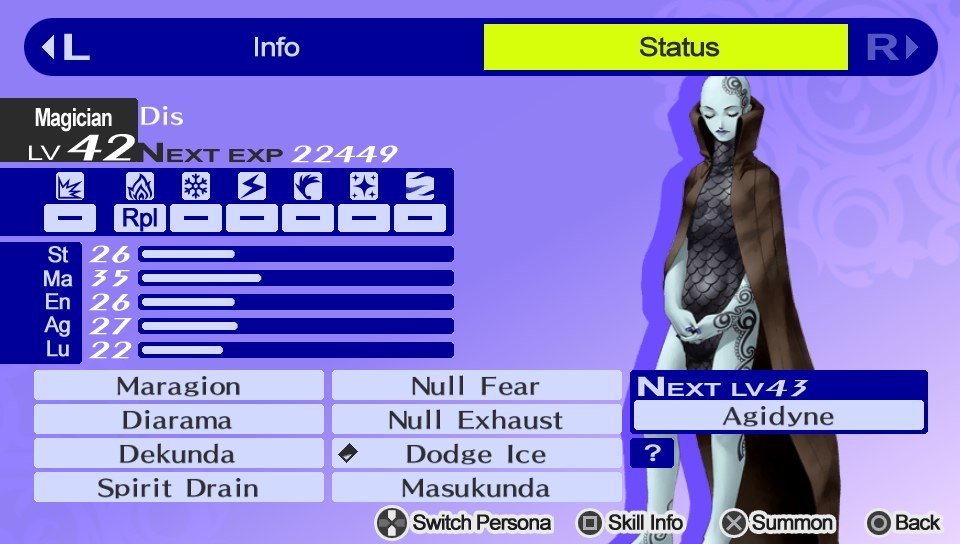 Dis is a persona of the Magician Arcana. It specializes in the Fire element. Its default level is 39.

A spiritual attendant to humans in Norse myth. She is known as both a goddess of farming and war, though some see her as a low-ranking servant of the valkyries.

Dis can be found during shuffle time in the Secret Laboratory dungeon or by fusion.