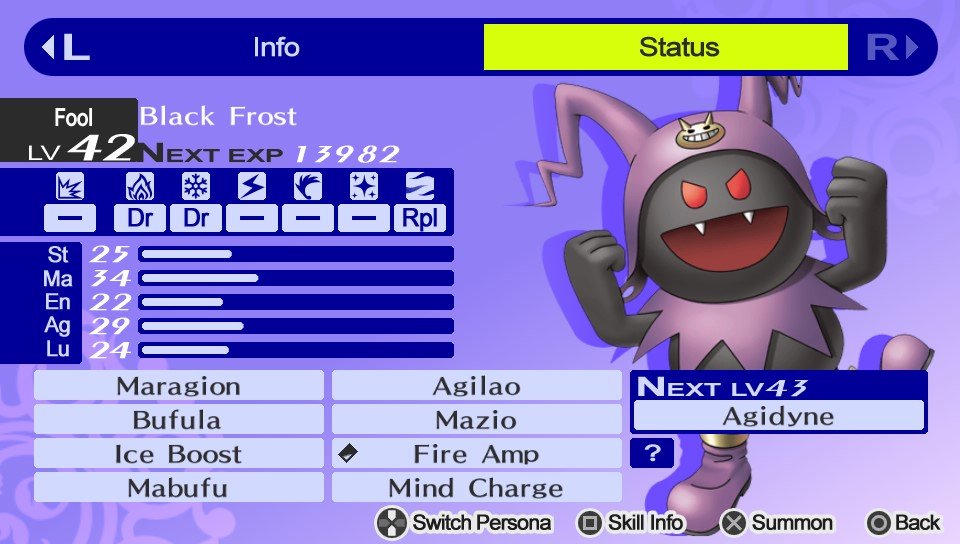 Black Frost is a Persona of the Fool arcana. It specializes in the Darkness element. Its default level is 38.

A Jack Frost that wished for evil powers. This powerful demon is born when a cute Jack Frost remembers its nature as a demon.