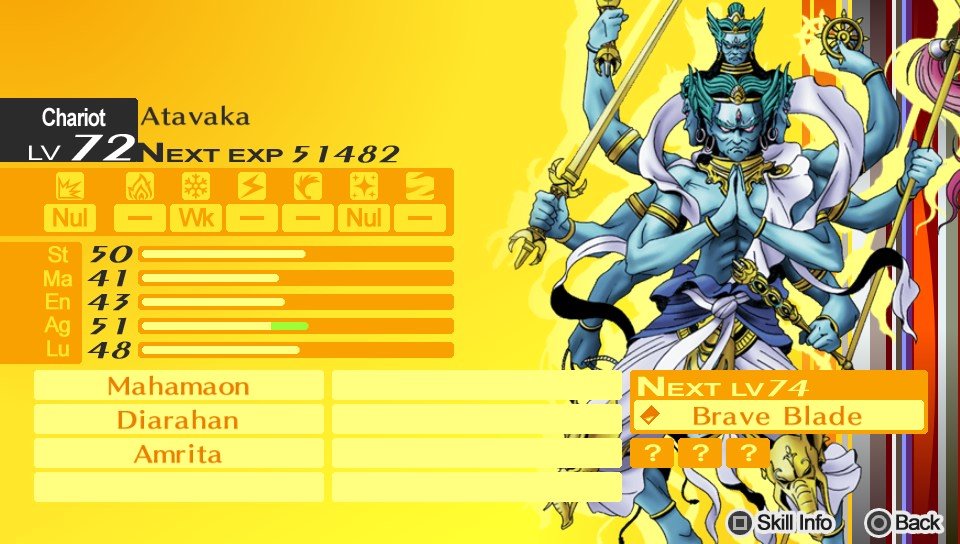 Atavaka is a persona of the Chariot arcana. It specializes in the Light element. Its default level is 74.

Among the eight Yashaou, and one of Bishamonten’s attendants. Originally a child-eating demon, he was converted by the Buddha and became a protector figure

Atavaka can be found during shuffle time in Yomotsu Hirasaka or by fusion.