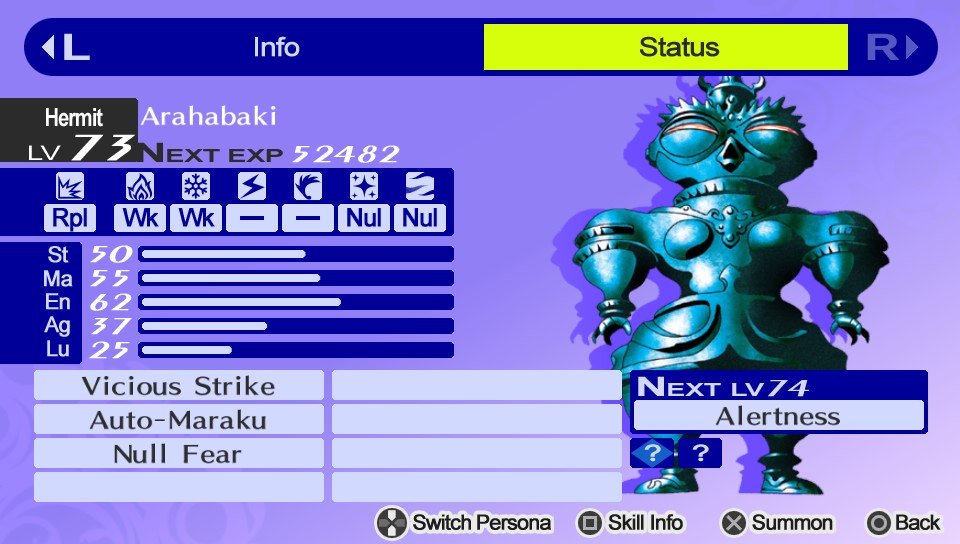 Arahabaki is a Persona of the Hermit arcana. It specializes in Physical attacks. Its default level is 73.

A major deity in Shinto myth. Clay dolls were often sculpted in its image. Since it was worshiped by rebels, the dolls cames to be seen as symbols of defiance.

Arahabaki can be found during shuffle time in the Yomotsu Hirasaka dungeon or by fusion.