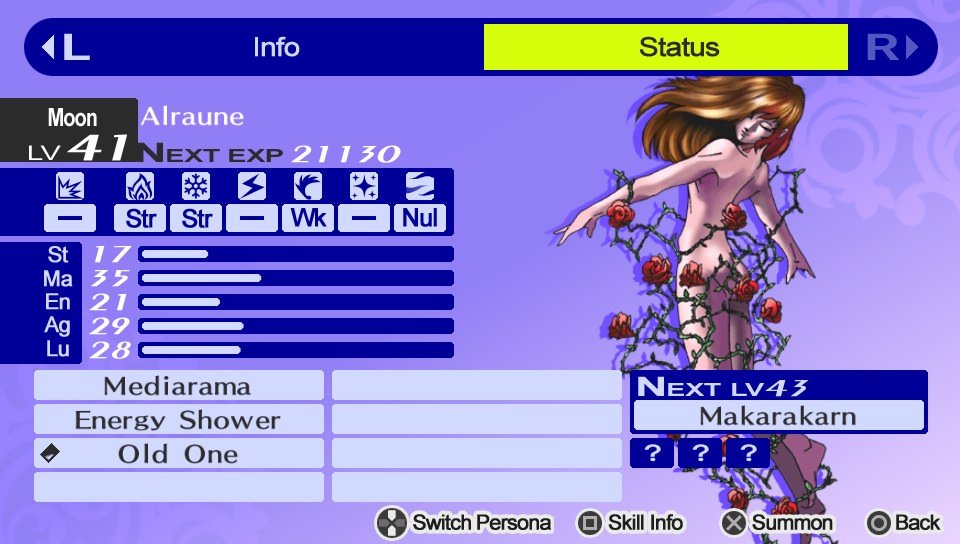 Alraune is a Persona of the Moon arcana. It specializes in mitigation. Its default level is 41.

A cursed Norse spirit in the form of a beautiful woman, known to bloom from the blood from the blood of hanged men. She was believed to tell secrets if properly tended to.

Alraune can be found during shuffle time in the Secret Laboratory dungeon or by fusion.