This playable trailer for Silent Hills is epic, and I suggest all horror fans try it out!

P.T. (short for playable teaser) is a demo on the PlayStation 4 that was announced a few days ago at Gamescon 2014. It was revealed in a short trailer asking fans to solve the enigma. You can see the trailer below.

After hearing a bit about it, but not seeing any gameplay, I decided to download the demo and jump in. Believe it or not, I played the demo for six hours! A lot of that time was trying to figure out the puzzles in the game to progress. I cut down my gameplay into a “short” 40 minute video which you can see at the top of this article. 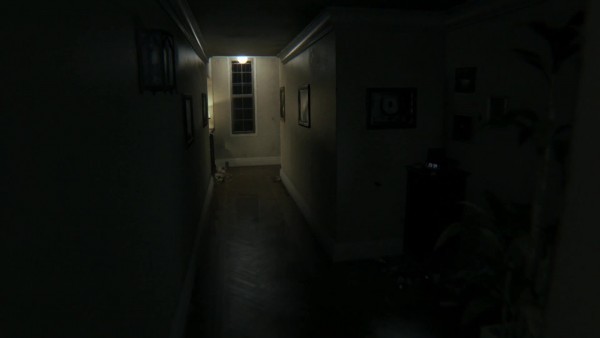 Basically, all you do is walk through this L-shaped hallway. You hear a lot of weird things as you go through the area, some being story-related and some are just there to scare you. You cannot do anything but walk, look around and zoom in using R3. Sometimes all the doors will close in the hallway, preventing you from going further until you solve the puzzle. Of course, with the limited movement, the only way to really solve the puzzles is by standing in front of a certain area or zooming in on something. Another time the hallway keeps looping without any doors, and you have to figure out how to bring up the door to continue on. The same hallway changes multiple times, and the final puzzle is without a doubt the hardest to solve. 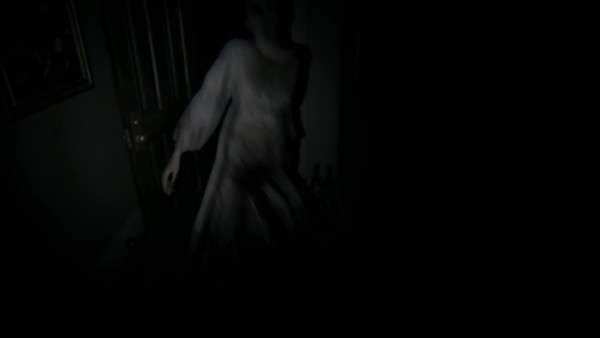 P.T. is the best horror video game I’ve played in many years, and that’s a bit sad. I love horror games and solving the puzzles behind them. Unfortunately, most horror games (and even movies) are filled with jump scares instead of actual scary atmosphere. 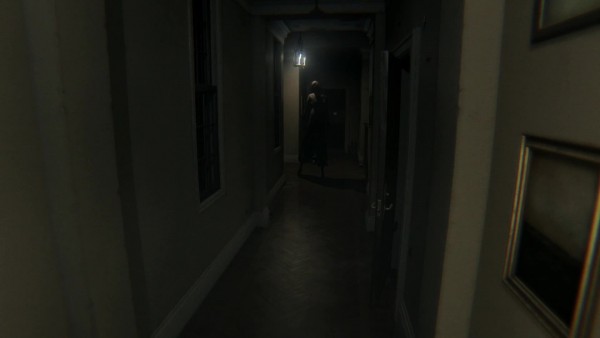 I heard a lot of great things about Outlast when it first released, but the gameplay was lackluster and there wasn’t anything scary about it other than the jump scares. Sure, the environment looked great, but it was far from a top notch horror games. On the other hand, P.T. was near perfect from the start. I will admit there were a few jump scares here and there, but the atmosphere gave me chills long before any jump scares, and I was on edge the whole time. 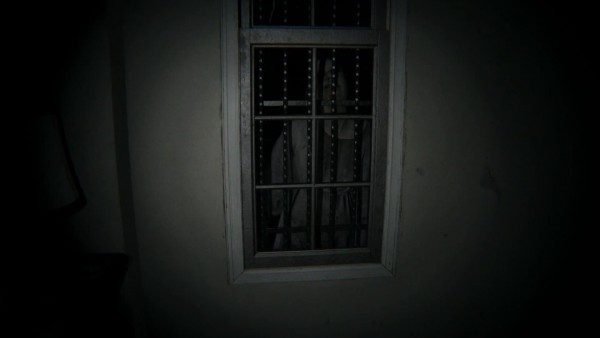 Nobody really knew what P.T. was until a gamer named SoapyWarPig beat this crazy puzzle-filled demo while streaming on Twitch. They revealed a secret trailer for an upcoming Silent Hills game by Hideo Kojima and Guillermo Del Toro, starring Norman Reedus of The Walking Dead fame. It would seem they are rebooting the franchise after a few lackluster titles and renaming it Silent Hills instead of Silent Hill. You can see the trailer that unlocks at the end of the demo below.

As a Silent Hill fan, I was incredibly excited to hear a new Silent Hill game was in the works. If the game is anything like this demo, I’m sure it will be a massive hit. Switching from a third person to a first person view may also be a great idea in this type of environment. Unfortunately, at the end of the trailer it makes sure to note, “This game is a teaser. It has no direct relation to the main title.” That statement worries me a bit. I guess we’ll all have to wait and see how this Silent Hills game comes out. I really hope it shares a lot with P.T. but gives you more interactivity to solve puzzles!

If you haven’t played the demo yet and you have a PS4, download it and try it out as soon as possible! If you have played it, leave a comment below telling me what your thoughts are. Did you think it was scary? Did you like the gameplay? Are you a Silent Hill fan?