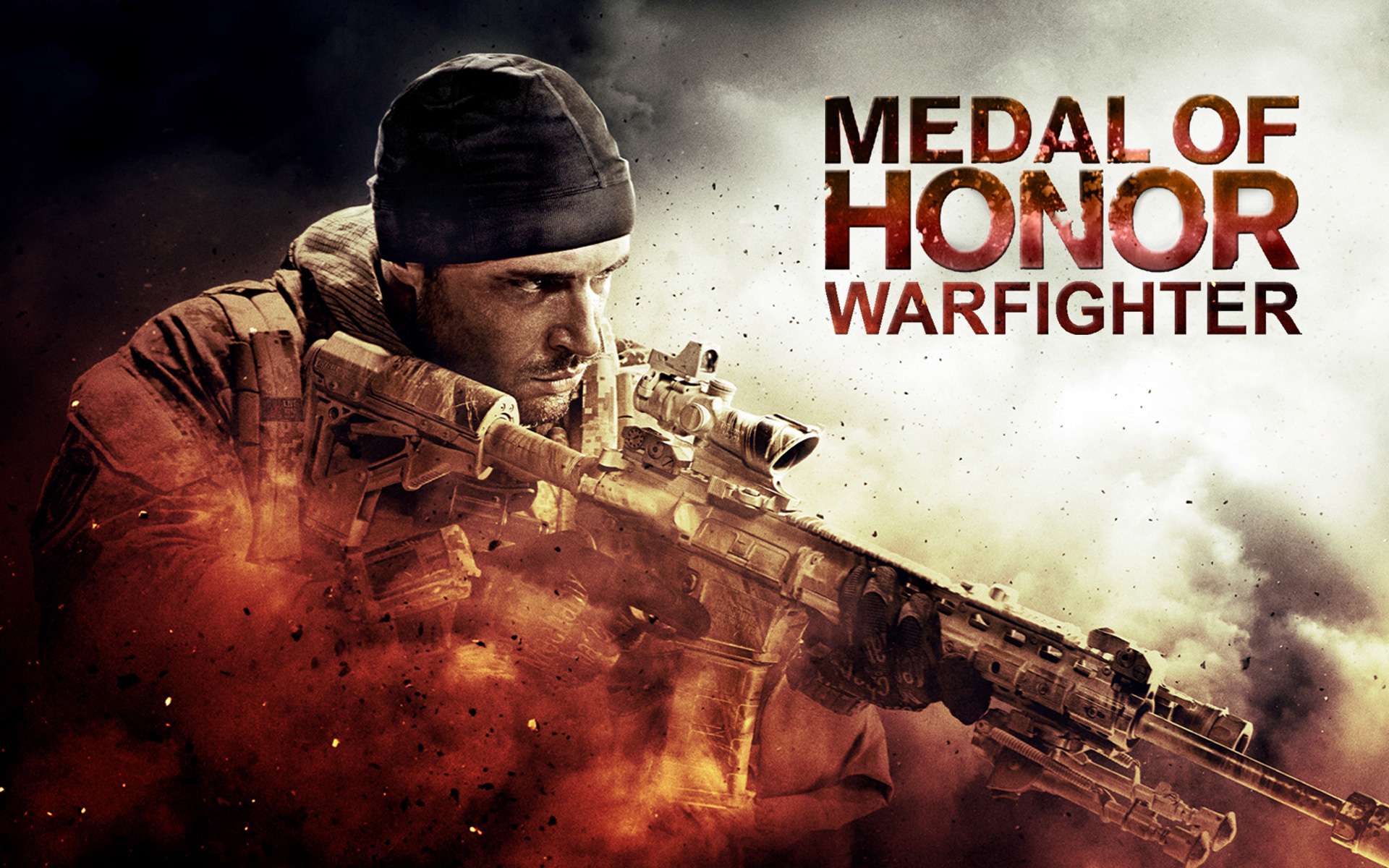 I finally got the chance to fully play Medal of Honor Warfighter. Does it fall flat like it’s predecessor, or does it take the franchise to the next level?

The single player for Medal of Honor Warfighter follows the same Tier 1 team from the first game. This time around, they take a more personal look at the returning members. A few new members are thrown in, but they’re more back up team mates than actual characters. You play several missions as Preacher (returning from the first Medal of Honor) and several missions as the new comer Stump. However, the story completely revolves around Preacher. Of course, Voodoo, Mother, and Dusty play big roles in Preacher’s story. The story takes a much different approach compared to most military shooters. They don’t make war seem fun or awesome, but rather talk about the pain behind the war and the reason they fight. I don’t believe Danger Close went overly dramatic with any of the personal story points. When it came to the mission story points, you were either fighting random terrorists as part of the “ripped from the headline missions,” as should be expected from any military unit, or you’re following clues to a group of terrorists who are making and using PETN explosives for well-planed terrorist strikes. 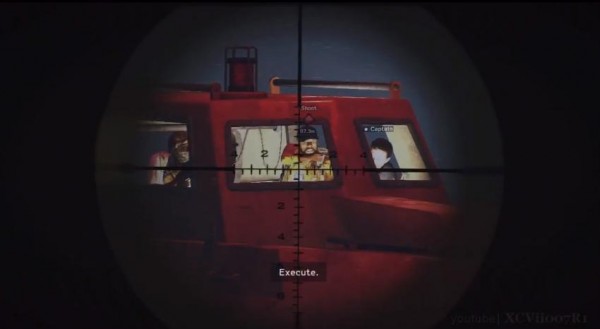 Like all shooter single players, the campaign is incredibly short. It can easily completed in a day with much time left over. To make things interesting, Medal of Honor Warfighter allows you to unlock two extremely tough options after beating the game on Hard difficulty. These options are “Tier 1” and “Hardcore” mode. Tier 1 Mode forces players to play much more conservatively. There is no HUD (Heads Up Display), the enemies are tough, you are given less health, and you are only given one life to complete the mission. Hardcore mode isn’t as tough as the Hard difficulty, but you are only given one life throughout the entire game. If you die or fail a mission, you must restart from the first mission (out of 14).

Danger Close finally got the spotlight with Multiplayer. They decided to take a “FIFA approach” by adding several different nations and military groups into the multiplayer. These groups include: 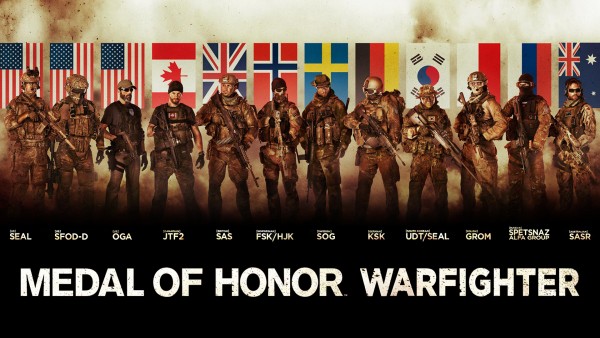 The idea was great, but it was implemented a bit poorly in my opinion. Each faction has six different types of playable soldier. The types of soldiers are Assaulter, Sniper, Demolitions, Heavy Gunner, Pointman, and Spec Ops. The problem I have with this system is you can only unlock the soldiers while leveling up as a whole. You get to pick one faction to start the multiplayer with, but then soldiers from various factions will become unlocked as you progress. It would have been much better if you chose US and only unlocked US soldiers, or at least unlocked the US soldiers first before the other nations.

Each soldier in Multiplayer has it’s own set of stuff available to it. It has a specific primary and secondary weapon, its own specialty like extra armor or quicker bomb defuse in bomb-based modes, and its own score streak.

Only select weapons are available to one of the six soldier types, and they must be unlocked with a soldier from a select faction. For example, the McMillan Tac-300 is only available to four of the six Snipers, and only after unlocking that particular Sniper Soldier. This was another bad move in my opinion, but I suppose they wanted to keep weapons specific to certain factions. It shouldn’t be a real problem, but I bet many people will hate this system. The primary weapons available to each soldier are highly customizable. Each one has a wide range of optics, barrels, muzzles  stocks, magazines, and paint to choose from. Multiplayer features 32 different weapons — 33 if you count the tomahawk. The tomahawk is a one hit kill melee attack from behind. If you attack from the front with the tomahawk, it will take two hits to kill a soldier.

Multiplayer includes five different game modes, each with their own dedicated servers and option of regular or hardcore mode. The game modes are Team Deathmatch, Combat Mission, Sector Control, Hot Spot, and Home Run. Four of the five game modes were available in the last Medal of Honor. It may not be a wide range to choose from, but the dedicated servers pretty much make up for it. Each game mode pits two teams against each other. The teams split all the players into smaller fire teams consisting of two players each. If you want to get the top spot, you’ll have to do well with your buddy. Interacting with your buddy will replenish your ammo and recover health.

Now for the real dissection of the game. The general audio and video of the game is fantastic. The graphics were top-notch on consoles (I played on the 360) and there was even an HD Texture Pack available to download, just like in Battlefield 3. The weapon sound effects were superb. I don’t know the last time I loved the sound of weapons in a game. Most shooters have some crappy sound bytes for guns that make them have absolutely no life or seem like toys. These weapons actually sound like the bullets are exploding out of their casings, as they should be. Using the game on a home theater system (as I was) made the experience that much better. Sounds can easily be heard from various sides of the room, and there was even a far off echo of the gun shot in certain missions. Unfortunately, I did run into a few audio glitches from time to time in the campaign. At times, the audio from my weapon would completely disappear. There would be no sound for bullets nor for reloading. There was also a slight visual glitch in campaign. There were several times where an enemy would pop out of cover and flicker back in, almost like a strobe light effect. This glitch was extremely frustrating and has no excuse! There was even a patch released on day one to fix many problems in the game, which is why many websites didn’t get to review the game before the release date.

As for the actual gameplay elements and “feel” of the game, it was spectacular. The weapons felt great, just like how they sounded. I should note, the weapons actually have recoil, which some people seem to hate. Many average people get used to common shooters like Halo and Call of Duty where weapons have little to no recoil. If you were to make a comparison  Medal of Honor Warfighter is more like Battlefield 3. Weapons must be fired in bursts or in semi auto to hit targets far away. Yes, many weapons have the option to fire in full auto or semi auto. There is bullet travel and bullet drop, seeing how they’re using the Frostbite 2 engine, but it’s really only prevalent in select missions of the campaign. Most multiplayer maps are too small to make use of bullet drop, and the dedicated servers mixed with small maps mean bullet travel is hardly taken into consideration. Another similar feature that can be found in Battlefield 3 is the small scale destruction. This will prevent players from hiding behind more flimsy pieces of cover.

When talking about Medal of Honor’s own features, there are some here and there that separate it from its sister game (BF3). Danger Close has revamped the Peak and Lean system, making it much easier to peak out of all sides of cover to fire at targets who have you pinned down. Peak and Lean is a necessity when playing on higher difficulties of the campaign, or to out shoot people in multiplayer. Another returning feature is the slide into cover. It may be small, but being able to run and then slide into cover is great when running from cover to cover, dodging sniper shots. A new feature is the “Combat Toggle.” Many weapons have multiple optics for close and long range encounters. You can easily click a button while aiming down the sights to switch from one to another. Lastly, there’s the buddy system. In the campaign, you can interact with your teammates to get more ammo. In multiplayer, you can interact with your fire team buddy to get more ammo and recover health!

Danger Close tries to mix realism with modern shooter gameplay, all while attempting some of their own originality. There are many ups and downs when coming into this game. There are superb graphics, audio, and basic gameplay elements; however, the new systems they put forward may turn off many average shooter fans.Don’t forget about the aforementioned glitches – although they’re not exactly game breaking. The campaign’s story is probably more for those who enjoyed the last Medal of Honor, and it still doesn’t break the mold of the single player shooter. Medal of Honor Warfigher is definitely a mixed bag, but it’s far from a bad game. I give this game a solid 3.5 / 5.